Free agent linebacker Desmond Bishop visited the Kansas City Chiefs on Thursday and spoke with SiriusXM NFL Radio on Thursday as well. There were several notable takeaways from Bishop's conversation on the radio

The two known interested teams are the Vikings and Chiefs. He says the Jaguars and Giants are also interested. Bishop also said that the 49ers called but they're set at inside linebacker.

It's not clear if he plans a visit to the Giants but that's a notable addition to the list of teams who have expressed interest.

Does Desmond Bishop fit in KC? 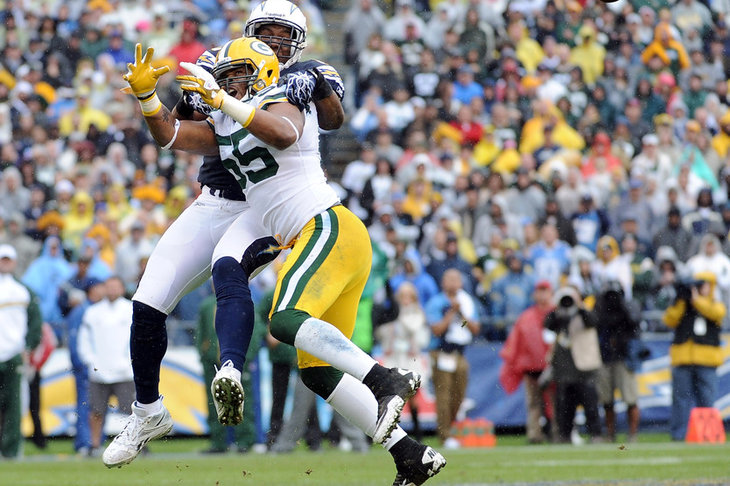 Health is a big question mark given he missed the 2012 season but Bishop says he is 100 percent. "I felt like I've been living in an MRI machine the last couple of days," Bishop said. "Just been getting MRIs, doctors getting scans, they've been filling me up and making sure everything is good and strong. So far so good."

Bishop said teams have taken him throughout workouts to "prove" he could move and that he could cut and jump. "I've been getting great feedback and I feel really good," Bishop said.

3. The offers are one-year deals

Bishop said teams are, for the most part, offering one-year deals right now. He seemed to understand that was the reality of it with him missing all of last season.

Who is the biggest boom-or-bust in the NFL?

Former Chief is now a coach