The Buffalo Bills great says Andy Reid has been a friend of his for a long time.

Earlier this offseason, the Kansas City Chiefs brought on board a new coach for the summer in former Buffalo Bills wide receiver Andre Reed, who accepted a Bill Walsh Minority Coaching Fellowship position.

The seven-time Pro Bowl selection has been a Hall of Fame finalist in the last several years, so it's a surprise that Reed has not previously considered coaching since he retired after the 2000 season. According to Reed, the time was not right. Citing young children as his reason for staying away from the game for a few years, Reed said he is excited to be with the Chiefs.

Speaking from his own celebrity golf tournament in Allentown, Pennsylvania, Reed named new Chiefs head coach Andy Reid as one of the reasons he's excited about the opportunity. 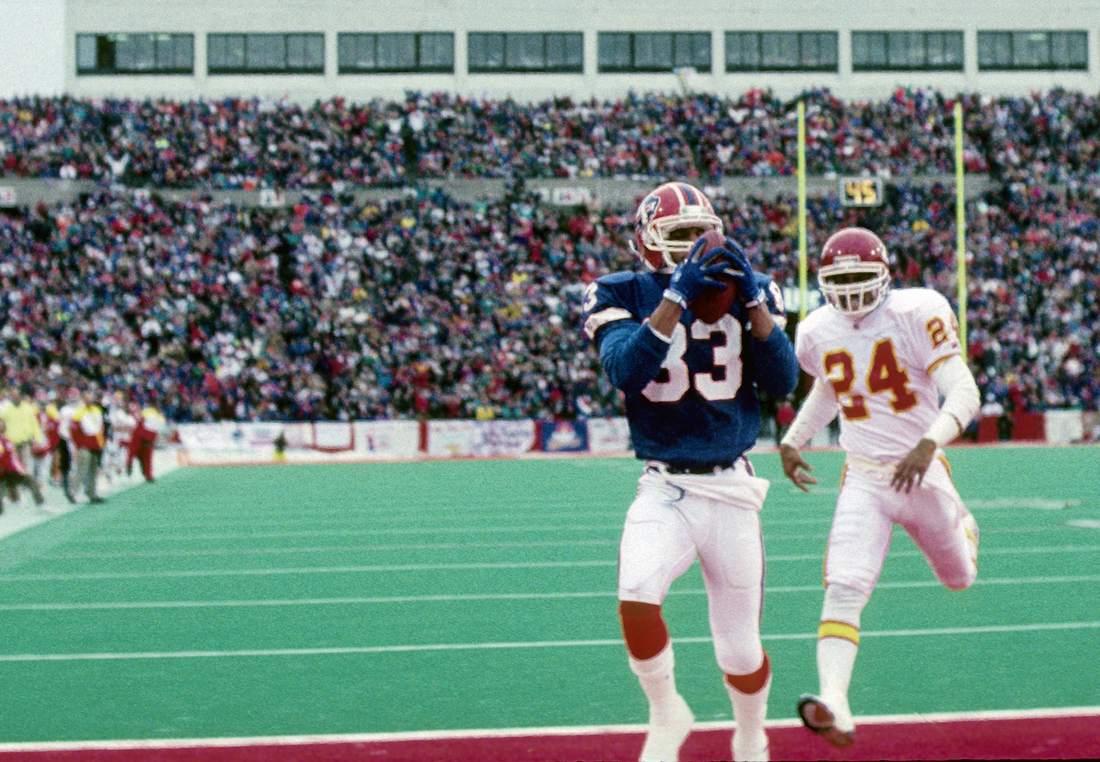 "Andy's been a good friend of mine for a lot of years," said Reed. "He has always been a great supporter of me and the way I played. I think he's going to turn things around in Kansas City and I'm excited to be part of it. Andy and their receivers coach [David Culley] called me and they're excited about having me out there."

Reed received the Bill Walsh Minority Coaching Fellowship from the NFL. It's a program designed to introduce new minority candidates into the game by helping them learn up-close. Given Reed's incredible experience with the Bills and relationship with the current coaching staff, it's a great fit for the Chiefs.

"I couldn't have picked a better situation because what Andy did with the Eagles is well-documented," he said. "I have nothing against Chip Kelly and I am excited to see what he brings with his Oregon-style of play, but Andy has done so much for the game."

The 49-year-old finished with career numbers of 951 receptions, 13,198 receiving yards and 87 touchdowns.

Who is the biggest boom-or-bust in the NFL?

Former Chief is now a coach