Today's the day for the visit from free agent linebacker Desmond Bishop.

The Kansas City Chiefs defense could soon be getting an upgrade at inside linebacker. According to various reports, linebacker Desmond Bishop is visiting the KC Chiefs on Thursday. The former Green Bay Packer worked out in Minnesota with the Vikings on Wednesday, according to reports, and then was scheduled to fly to Kansas City on Wednesday and make the visit to Arrowhead on Thursday.

Along with the Vikings, the Jacksonville Jaguars are rumored to be a team of interest but there's nothing more than a little smoke with that one right now. No visit to Jacksonville is planned at the moment. 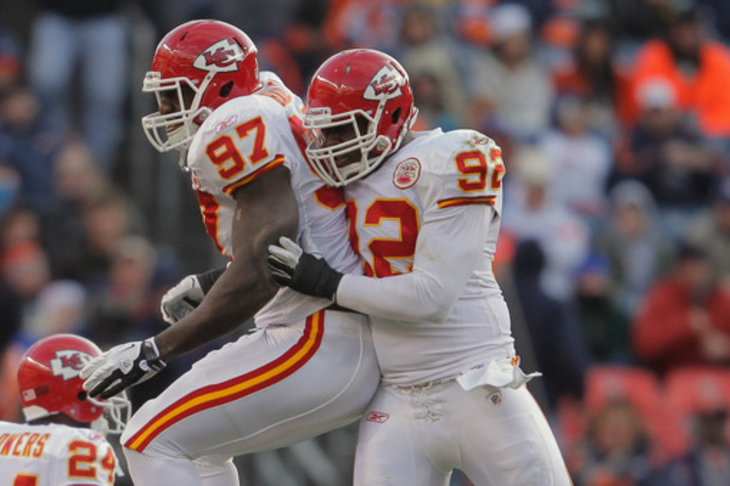 The Vikings or the Chiefs would both be intriguing options for Bishop. In Minnesota, he would be playing for one of the Packers biggest rivals in the NFC North. The Vikings said Bishop's workout went well. In Kansas City, he would be reunited with GM John Dorsey, who was in Green Bay for two-plus decades before taking the Chiefs job.

Bishop would be in the mix at inside linebacker for the Chiefs with Akeem Jordan, who was acquired this offseason, and Nico Johnson, who was the Chiefs fourth round pick this past April, although most would take Bishop to win the job outright in that scenario. Jordan's speciality is really on special teams and Johnson, as a rookie, has plenty to learn.

According to the NFLPA's numbers, the Chiefs have $3.5 million in available cap space, which doesn't seem like much given the fact that the No. 1 pick, Eric Fisher, has yet to sign. But you have to remember that cap space is not real money - it can be twisted and manipulated in dozens of ways to create the amount of space you need. Don't use cap space as a reason this deal will or won't get done.

Here's what's interesting to me: Dorsey has ties to him so you'd think he's interested. That could be what got the Chiefs foot in the door on his free agency visit list. That said ... Andy Reid historically hasn't invested heavily into his linebackers. Because of those competing dynamics I'm curious to see how this one turns out.

The other significant question to monitor is Bishop's health. He missed last season with a hamstring injury but is apparently expected to be ready for camp.

They say that if you want to sign a free agent badly enough, you don't let him leave your facility on a visit. Well, Bishop has now left Minnesota and he's on his way to Arrowhead. Should be fun to track!

Never ending search for a No. 2

Joel Thorman on the Chiefs