Pick your role player for the Kansas City Chiefs

What unsung heroes from around the league could help the Kansas City Chiefs?

Share All sharing options for: Pick your role player for the Kansas City Chiefs

(Email me at MNchiefsfan@hotmail.com or tweet @RealMNchiefsfan for mailbag questions)

We all love a good role player. I think it's our ego, really. We love to recognize and shout out the accomplishments of the lesser known because praising the stars is like, so cliche, yo. It just goes to show that we've all got an inner hipster.

For example, I was all over the Patrick DiMarco love train last year. He was "filling his role," or "doing his job." He was "nothing flashy, but putting in the work." He was a "key cog that doesn't get attention, but is fundamental to getting the job done." And on and on with the cliches (not that I'm mocking cliche-use. I'm probably the worst when it comes to that stuff. I'm just coming into work every day, and giving it 110 percent. Winners never quit. I can't promise anything but my best).

Anyway, about role players. If I recall we were discussing just last week what non-starters could have a huge impact on the season (I went with whoever ends up as the 3rd cornerback). That gets one to thinking...

What role players from around the league could make a huge impact on the Chiefs?

I WAS just going to think about it for a while and keep it to myself, but then I remembered, "Hey, it's the offseason and there's nothing better to write a column about. Well, at least nothing that will take less time than listing a few role players I'd love to have. And I like less work more than more work."

Who is built to beat the Chiefs? 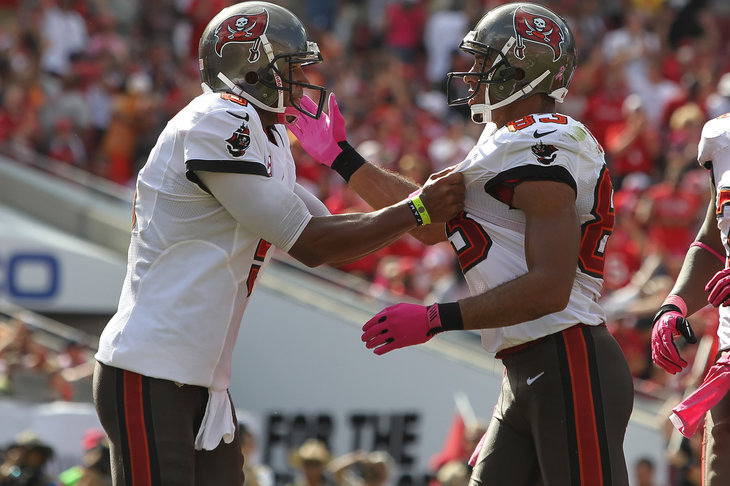 Answering questions about the Kansas City Chiefs and everything else.

(I'm very glad to give you all some insight into the incredible process that is my brainstorming. Outstanding stuff, amirite?)

So with all that in mind, I figured out a few role players I would love to have on the Chiefs roster. Now just to be clear, I'm not listing guys who are absolute no-names (I'm not going that hipster on you). Just guys who play a specific role quietly and effectively who maybe don't get enough credit from people outside the fanbase.

Might as well start with a guy from my neck of the woods, right? Wright didn't do much for most of his rookie year, and his stats (22 catches, 310 yards, 2 TDs) don't exactly jump off the page. But the guy didn't even get a shot until the last seven games of the season, coming in only after it was clear Percy Harvin wasn't coming back for the Vikes playoff run.

And honestly, he delivered in a very "3rd WR" kind of way. He got separation, made the catches he should, and was generally at least a marginal threat in the short passing game. And remember, this is a Vikings offense that was built around a motto of "All Day first, All Day second, All Day third, and All Day all day." It's not exactly easy to make an impact as a WR in that offense, especially a rook.

Everyone knows I'm a Dexter McCluster fanboy, but I'd love to have Wright as an option in Reid's offense (if it's anything like what I think it will be, at least). He's not a #1 or #2, but if he's your #3 you're in great shape. 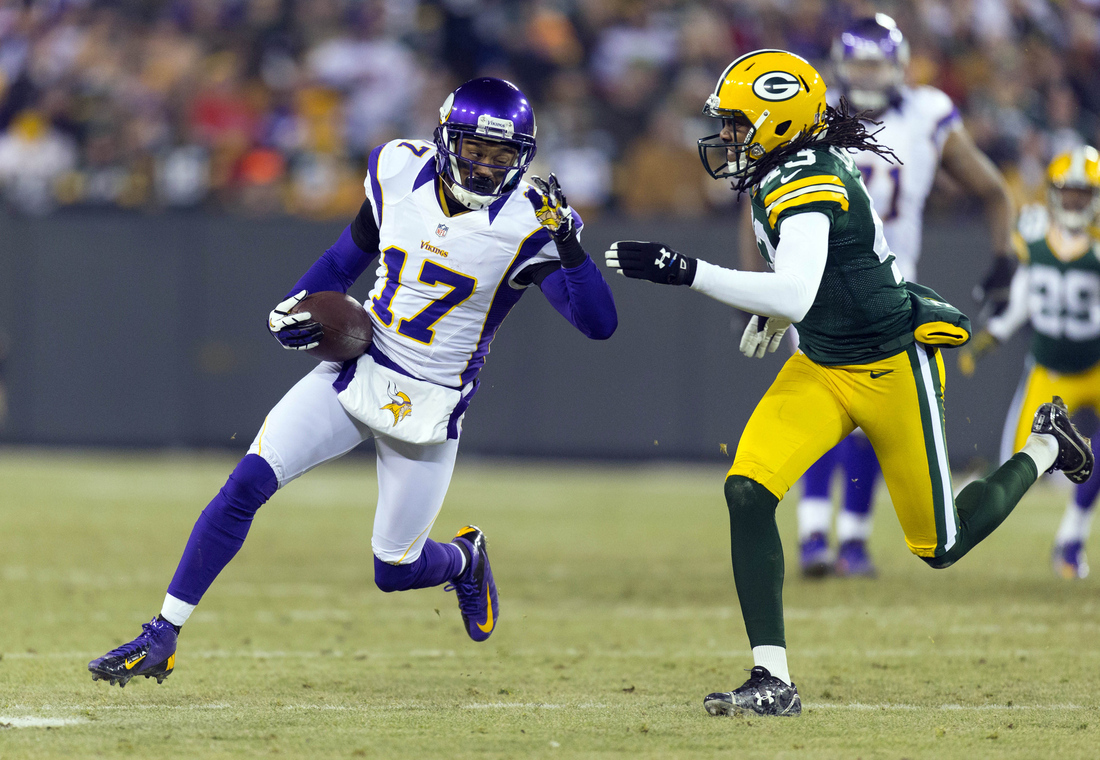 Like I said, I'm not just going with unknowns here. I heart Leach. I really, really do. The guy hits like a train and would be an incredible asset to All-Universe RB Jamaal Charles. People have some concerns with his age and the Chiefs current commitment to fullbacks already on the roster, but let me address those.

First his age. Leach is 31 years old and will be 32 in November. I really don't care about that even a little. Remember when the Chiefs let Tony Richardson walk, and he proceeded to play at an All Pro level until he was 72? Yeah, fullbacks can play into their mid-to-late 30's. No worries here.

Next, the fact that the Chiefs have fullbacks on the roster. Look, if you're going to commit to a position, you get the best available if he's out there. Yes, the Chiefs have a 6th round draft pick and a guy traded for a nickel cornerback. That is not a level of commitment that makes me say, "The best in the league? Nah..."

On a final note, for those who still believe that Charles wouldn't benefit greatly from a fullback who can block well; I urge you to go back and watch the Colts game from last year. I rest my case (see with the cliches?). I hope the Chiefs figure out a way to get this done. 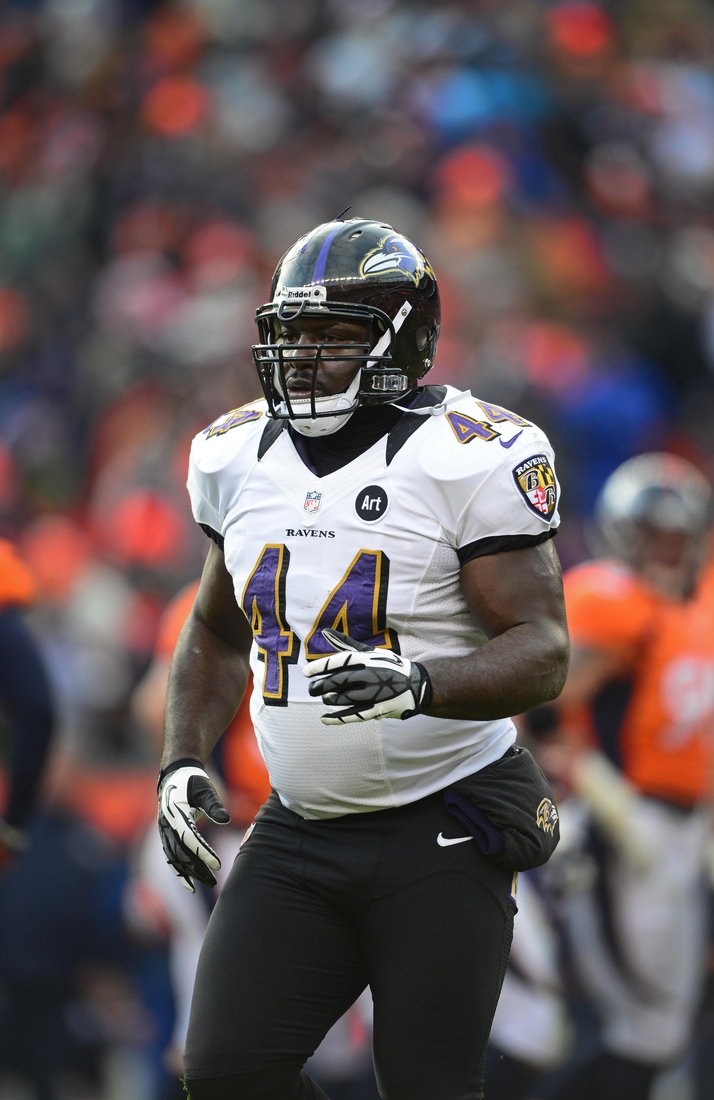 I know it's lazy to use two guys from the Vikes, but write what you know, right? And I know Vikings fans absolutely love this kid. He may not have the "Legatron" moniker, but he absolutely should.

Last year, as a rook, the kid was 10-10 on 50-plus yard FGs. That's just incredible. Now, FG percentage tends to fluctuate year in and year out among kickers, but the ability to convert FGs over 50 yards is no accident. There's a reason why lots of kickers only have a few 50+ attempts per year- their coaches know they can't do it, so they don't bother trying.

Don't take this as Ryan Succop hate. I'm a Succop fan. But he doesn't have the leg Of "The Blair Walsh Project" (yes, I'm only using that nickname to really underscore how screwed he got in the nickname department. That's awful).

I'm sure there are a million other role players in the league, and our inner hipster needs a chance to shine. GIven the opportunity to snag a "role player" from another team, who are you taking? 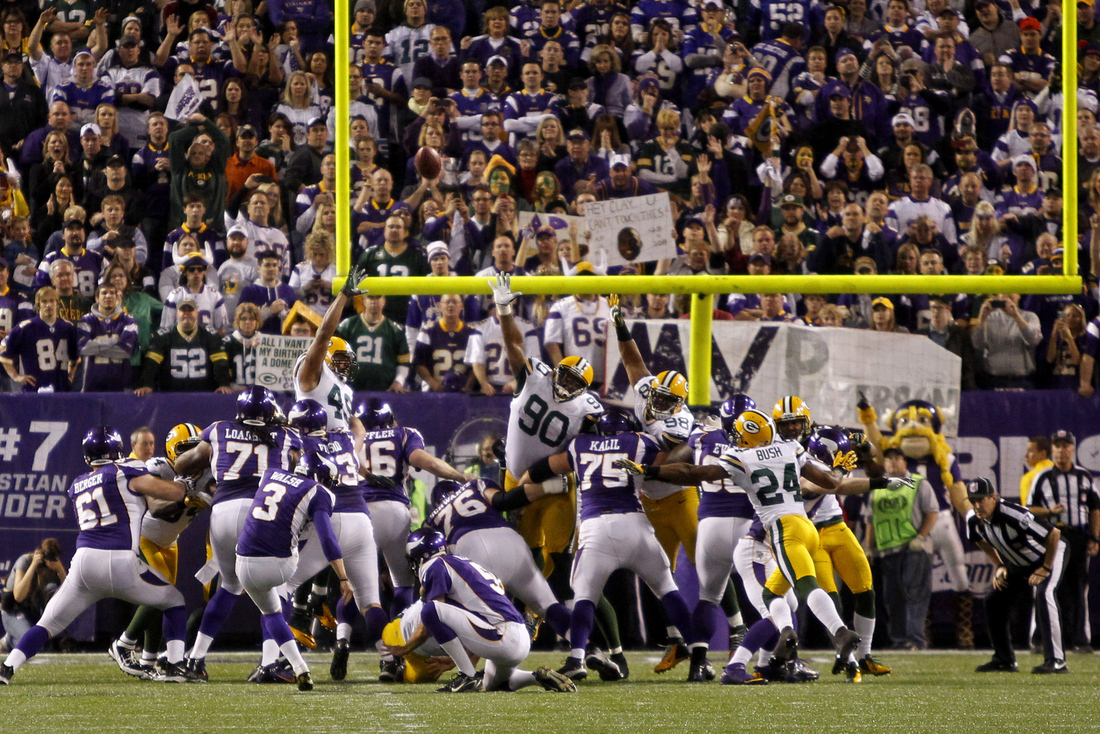 Who has perfect timing for the Chiefs?