Defining success for the Kansas City Chiefs in 2013

Over 1,000 KC Chiefs fans voted on what would constitute a successful season. Here are the results.

Share All sharing options for: Defining success for the Kansas City Chiefs in 2013

We're in the doldrums of the offseason where the only interesting thing I have to post is the results from our poll. Last week we asked how many games the Chiefs have to win in 2013 for the season to be considered a success.

This wasn't about how many games you think the Chiefs will win -- it was how many they need to win for you to be able to say it was a successful season.

When you're the Chiefs, and you haven't won a playoff game in nearly 20 years, the obvious answer to this is: "One. One playoff game."

Here are how the results shook out: 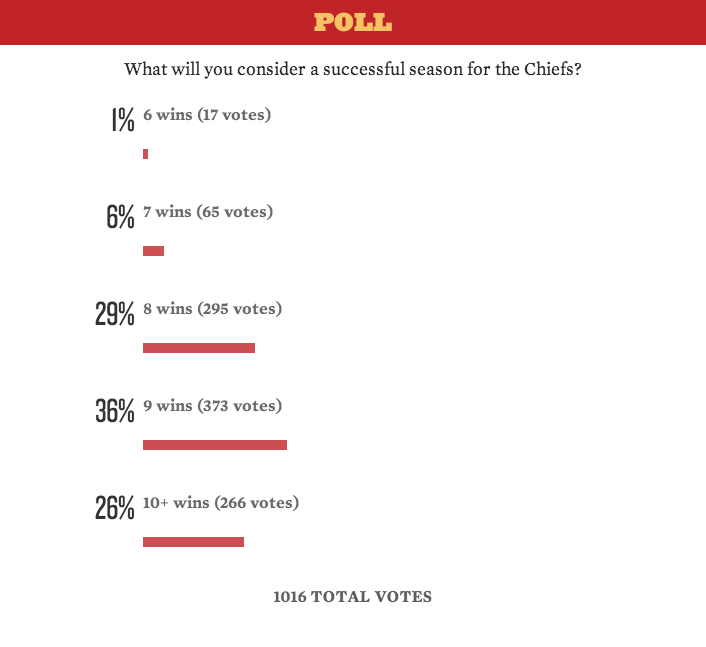 Given the Chiefs won just two games last year, going plus-seven the following season and winning nine games would be a successful season in my eyes. We're always going to be chasing the elusive Super Bowl championship but we also have to be realistic. Nine wins is do-able.

Do Chiefs fans expect too much? Or is this a fair expectation?