The veteran offensive lineman retired last December, but rumors brought the comeback talk earlier this offseason. Will Lilja play a role for the Chiefs this season?

At the end of a miserable season last year for the Kansas City Chiefs, an item of note made its way to the transaction wire that veteran offensive lineman Ryan Lilja had decided to retire from professional football. The decision, announced in December, didn't surprise anyone who'd followed him in the last year as the Chiefs had clearly drafted several young players along the offensive interior to replace him. It was presumed that Lilja had finished a solid career with the Chiefs and Indianapolis Colts.

Earlier this offseason, however, rumors surfaced that the Chiefs were talking to Lilja about playing a role this coming year. Adam Teicher had word that Lilja was "receptive" to the idea of a return to the field, and word also broke that both sides had talked about a deal. Clearly there was enough smoke to ensure that, for at least a time, there was some fire involved. 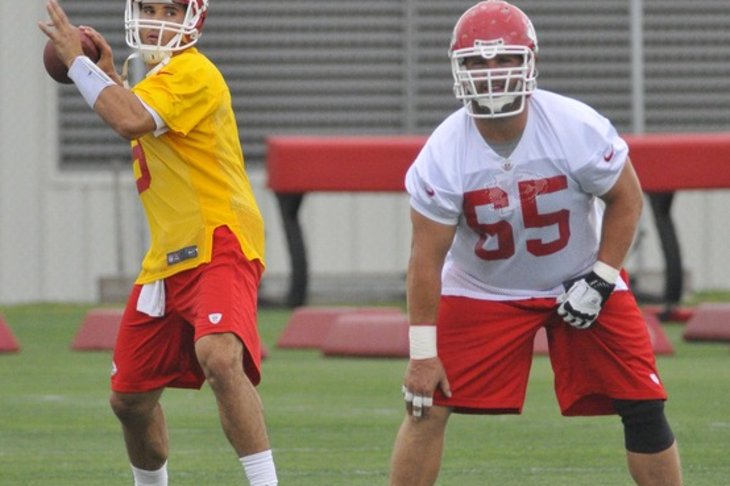 However, the Star later reported that Lilja is still "rehabbing from some offseason surgeries", so perhaps it's an issue that's on hold more than anything else. The partial dance between both sides makes for some interesting considerations as the Chiefs line comes together throughout the offseason. With so many young x-factors at guard and center, the Chiefs have a number of options.

Most people involved would like to see Jeff Allen and Rodney Hudson cement the left guard and center spots. However both are hardly sure things given that Allen was just a rookie last year, and Hudson is coming off of a season-ending injury. Hudson is back to full strength, and there's a reason the Chiefs sunk a second round investment in both players. However that was under Scott Pioli's watch so neither player can rest comfortably during workouts.

If Lilja gets called around training camp to potentially return to the team, it will be clear at that point that John Dorsey and Andy Reid aren't comfortable moving forward with such a young offensive line. While Branden Albert is set on the outside, the Chiefs are already starting one rookie on the right in Eric Fisher. To have an interior that's quite inexperienced might not be what Dorsey and Reid want to do in their first year.

The biggest indication of how Jeff Allen and Rodney Hudson are doing along the interior will be whether or not there's any more smoke coming from this fire concerning Lilja that's largely gone out in recent weeks. Geoff Schwartz is also around to provide more versatility and starting options for the Chiefs, so perhaps even the veteran Lilja is necessarily needed. If Lilja is brought in alongside Schwartz, there's a slight possibility a surprising cut could be made in training camp.

For now Lilja is running a football camp this summer, but at some point this will come up again. It will be interesting to see whether Lilja comes back into view for the Chiefs.

Ryan Lilja may not stay retired: everything we know