Which Kansas City Chiefs player will have perfect timing?

The role of the hot streak in sports.

Share All sharing options for: Which Kansas City Chiefs player will have perfect timing?

Watching the San Antonio Spurs' Danny Green and Gary Neal turn into fire-breathing dragons decimating everything in their path last night got me to thinking... a lot of sports really comes down to timing. Timing of a pass, timing of an appropriate sub, timing of a timeout, timing of a block, timing of a specific playcall. A little early or a little late, and you've gone from genius to idiot. From hero to goat.

This obviously doesn't just apply to timing of a specific play, but timing in general. If Green/Neal had gone off like this three months ago in some relatively meaningless road game against the Wizards, people would've expressed amazement... for about five minutes. Then everyone would've moved on. But it happened in the Finals, and so will be enshrined forever (if the Spurs win it all). As I said, timing is everything. Even with a hot streak.

When Andy heard about T.O. 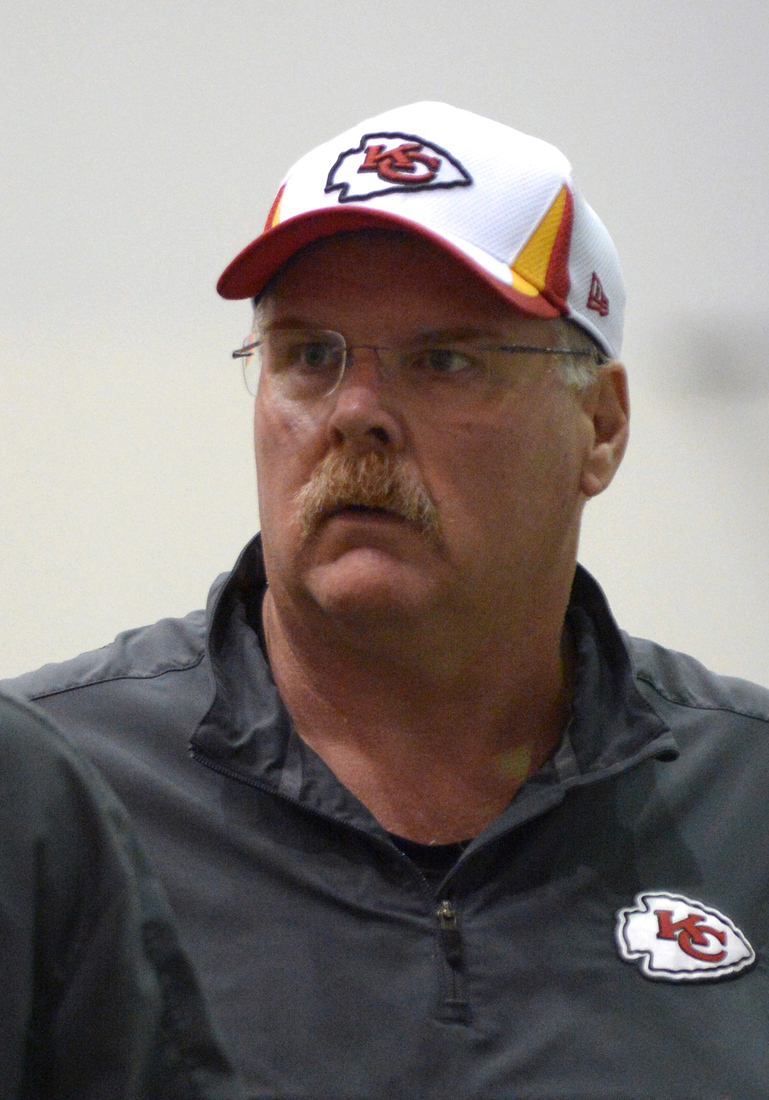 Terrell Owens says the Chiefs would be a good fit for him. We have Andy Reid's reaction to this news.

Green and Neal reminded me a whole lot of Joe Flacco. If the Spurs go onto win the NBA Title, the value of those two players is going to be drastically inflated not because they went on a hot streak, but WHEN they went on a hot streak. The same thing has happened with Flacco, a perfectly solid quarterback who caught absolute fire at the perfect time and made something like twenty bajillion dollars because of it. It wasn't his first such hot streak, but the timing made it seem 1000 times more important.

(I don't know why I can't stop trolling the "Flacco is elite" crowd, but I can't. It's like crack. I need help.)

This isn't limited to long-range shooters and quarterbacks, either. Anquan Boldin had a perfectly respectable season in 2012. Then he turned around and scored as many TDs in four playoff games (including the Super Bowl) as he did over the ENTIRE 2012 SEASON. He also upped his YPC by a full three yards and his YPG by almost 40 yards. Now THAT'S catching fire at the right time (apparently the reward for this is to be traded for a really, really low draft pick. The Ravens are either really smart or really stupid.)

It got me thinking... who are Chiefs players that have the potential to go on a hot streak and carry us for a game or two? An argument could be made for several different guys, but in the interest of argument, I'm taking... Tamba Hali.

We've all seen Tamba hit that zone. When all of a sudden he's just LIVING in the quarterback's face, and every snap he's causing mayhem and ruining the opposing team's game plan. The shocking 2011 upset over the Packers is one game that springs instantly to mind. Hali made Aaron Rodgers miserable all day and was beating down Green Bay's poor tackles like they owed him child support. When Tamba's in a zone like that, it doesn't matter what the other team is trying to do. Even Rodgers (who is a machine that can't be stopped) can't find a groove when he's getting slammed t the turf while his OL flail abut helplessly.

So Tamba's my guy to hit a hot streak that could catapult us to the top in a big moment. Who's yours?