The Super Bowl champion Baltimore Ravens cut fullback Vonta Leach earlier this week. A report links him with the Kansas City Chiefs, among other teams.

Share All sharing options for: Free agent Vonta Leach 'might be in play' for the Kansas City Chiefs

The KC Chiefs in August 2011 signed one of the top fullbacks on the market in Le'Ron McClain, whose signing in Kansas City came after another terrific fullback, Vonta Leach, had signed with the Baltimore Ravens, McClain's former team, earlier that offseason.

Two years later, the Chiefs, Ravens and the market's top fullback are in the news again. This time the fullback is Vonta Leach. He was cut by the Ravens earlier this week and, according to this report from Mike Garafolo of USA Today, he is drawing interest from several teams, including the Chiefs. Leach is visiting the Dolphins, he hopes Houston, his former team, is in play, he has been linked to the New York Giants and, according to the USA Today report, the Chiefs and Denver Broncos "might soon be in play" for Leach.

43 things to remember this offseason 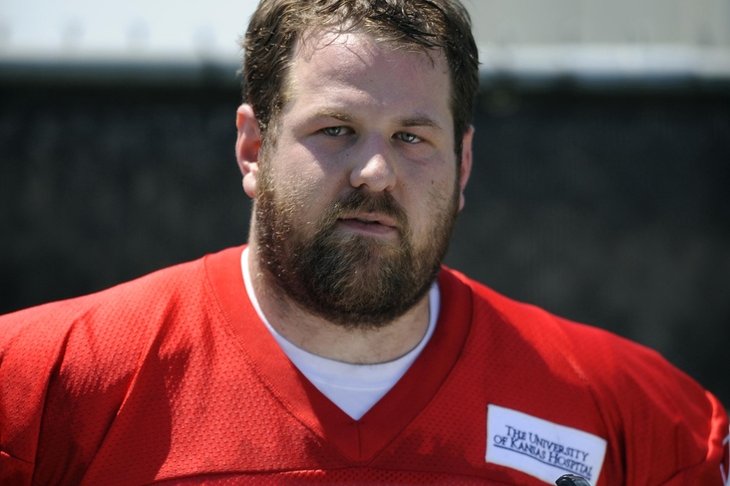 OK, what the heck does "might soon be in play" mean? I'm always leery of wording like that because it sure looks like the agent (who is probably the source here and in most stories you read) is drumming up interest. Having real visits lined up > tossing team's names in the media. I don't know which is which here.

Who knows ... maybe the Chiefs are legitimately interested and will make an attempt to sign him. We shall see. The report says his first visit will be to Miami. (Haven't the Chiefs argued over players with the Dolphins enough this season?)

The idea of adding ANOTHER fullback to the Chiefs roster is an interesting one -- and one that can't be dismissed. Just because the Chiefs have acquired multiple fullbacks this offseason -- Braden Wilson via the draft, Anthony Sherman via the Javier Arenas trade -- doesn't mean those fullbacks are slotted in as starters. Despite the other signings, the fact remains that Leach would be the best fullback on the roster if KC signed him.

Leach is a nine-year NFL veteran, originally entering the league with the ... Green Bay Packers. There's your Chiefs connection -- that signing was in 2004 while John Dorsey, now the KC Chiefs GM, was working in Green Bay. From there Leach went to Houston where he spent four seasons, the last of which was a Pro Bowl year. The next two years in Baltimore were also Pro Bowl years. He's 31 years old.

So to wrap this up, Leach is visiting the Dolphins, the Ravens would stil welcome him back at the right price and the Chiefs and Broncos "might" be involved in this.

I leave you with this exchange from two longtime AP readers:

(Almost) time to get your KC Chiefs tickets