The GM has spoken. And he likes his quarterback.

KC Chiefs GM John Dorsey spoke with Kevin Kietzman on 810 WHB late last week and after hearing him talk I think we have a winner in the contest to see who could compliment Alex Smith the most. The Chiefs GM was asked what his scouting report of Smith would say after seeing him in the Chiefs offseason program.

"From a leadership standpoint, he's a natural leader. Guys gravitate to him automatically and that's a very true sign. Intellectually, he's absorbed this playbook as fast as anyone I've seen. As coach says, I can load him up with anything and he can dissect it. If he makes one mistake, he learns from that mistake.

"He's absorbed this playbook as fast as anyone I've seen." -John Dorsey on Alex Smith

"His pass to 20 yards, deep throws, are as accurate, if not more accurate, than I had originally thought. I always knew he was a good athlete. He has more than enough arm strength.

"Now it comes down to a timing thing and understanding of this new offense with what he has, getting timing with his weapons in terms of his receivers and tight ends, understanding the impact the running back will have on the passing game and how it will open up different lanes. Just getting a broader understanding of how this offense can help him succeed if he just kinda follows through.

"Great kid. I'm very happy with where he is right now." 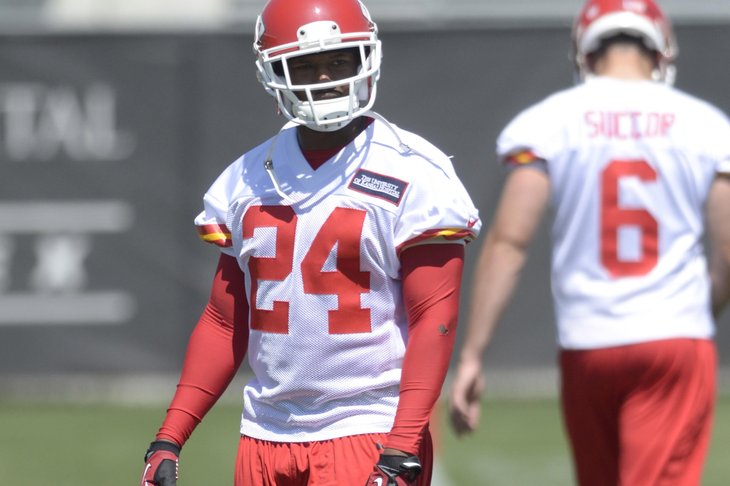 The best stories of fans meeting Chiefs players and coaches over the years.

The physical attributes are nice and something that's necessary. But the draw of Smith is the work he puts in before the ball is snapped.

"You know what I really like," Dorsey continued, "it's hard to measure sometimes on film, you have to see it in person, his decision making skills are really ... he has quick eyes. His thought process is so mentally quick that he sees it and then boom he goes to the second option in a split second. That's what the great ones do is be able to make that split second decision and it's usually the right decision."

As an aside, there was no news on a possible contract extension for Alex Smith, who has two years remaining on his deal. The idea of extending Smith before the season is an idea that has been brought up before, with Smith previously saying, "Maybe it will happen, maybe it won't."

Remember when the Chiefs were going to draft Gabe Carimi? He was traded.

5 headlines from the offseason program