Jamaal Charles is an all-purpose weapon

The Chiefs best player is going to be used in a variety of ways in Andy Reid's offensive system.

Share All sharing options for: Jamaal Charles is an all-purpose weapon

Everybody who understands football realizes that Jamaal Charles is the best player on the Kansas City Chiefs.

Now, he'll be even more of a weapon under new head coach Andy Reid, according to an article on NFL.com.

Charles has always shown the ability to catch the ball out of the backfield, but expect to see it much more in 2013. Reid loves to employ his running backs in the passing game, using a variety of shovel passes, screens and other routes.

Charles has minor injury in OTAs 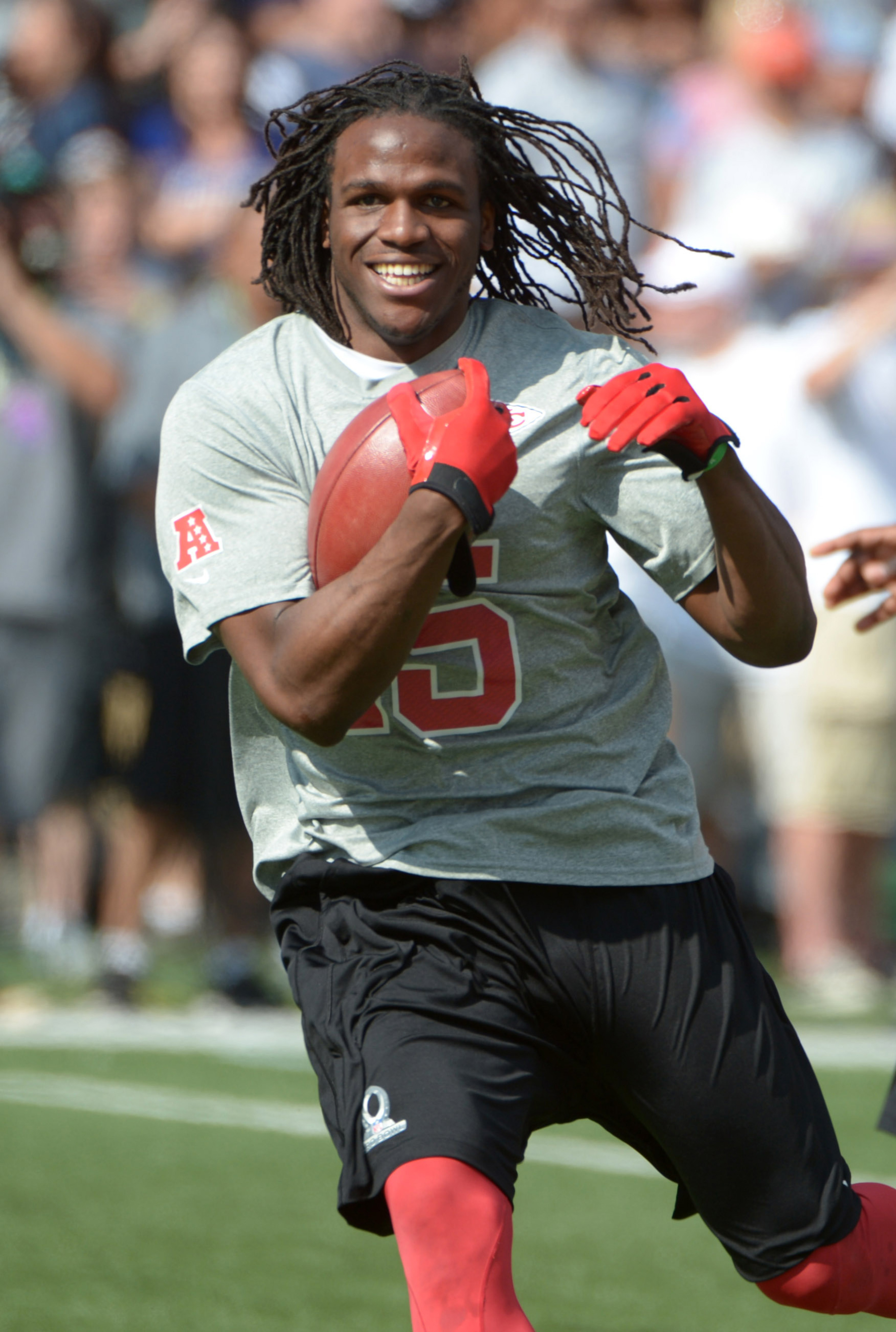 Charles limped off the field on Friday, but X-rays were negative on his foot.

This could be a really exciting year to watch Charles in the sense of seeing the complete package. For years, Charles has been misused by Romeo Crennel and even at times Todd Haley, who never utilized the soft hands of such a dynamic player. This won't be a problem for Reid.

I'm predicting Charles rushes for somewhere in the neighborhood of 1,250 yards, has 450 receiving yards and 10 touchdowns.