Chiefs' Eric Fisher: Where he'll excel, where he'll struggle and a good story

Share All sharing options for: Chiefs' Eric Fisher: Where he'll excel, where he'll struggle and a good story

1. Which part of Fisher's game is pro-ready right now?

Without question it's his pass blocking. He's quick, he's long, and during his senior season he dominated opposing defensive ends all season long. He gave up one sack all season, and very few pressures.

People question the competition, but in our games against Michigan State and Iowa, he was more than able to hold his own, and again prevented almost any sort of pressure coming from his side. He was able to shut down Michigan State's William Gholston who was drafted in the later rounds.

Without question it's his pass blocking.

And because Central Michigan wasn't great in the early parts of the season, there were plenty of chances to show off what he could do in pass blocking. That's not to say his run blocking is a weakness, because he cleared some major lanes for our backs, and has the speed to get to the second and third levels of blocking.

2. Where will he struggle in year one?

I think the biggest challenge for Fisher will be getting adjusted to the size and speed that everyone in the NFL has. Like I mentioned earlier, there were some questions about the level of competition he faced at CMU, and some of that is justified. He didn't face the biggest, fastest, or all that many other potential draft picks playing in the MAC. But I think he has the speed to deal with the ends and linebackers that are going to come off the edge. 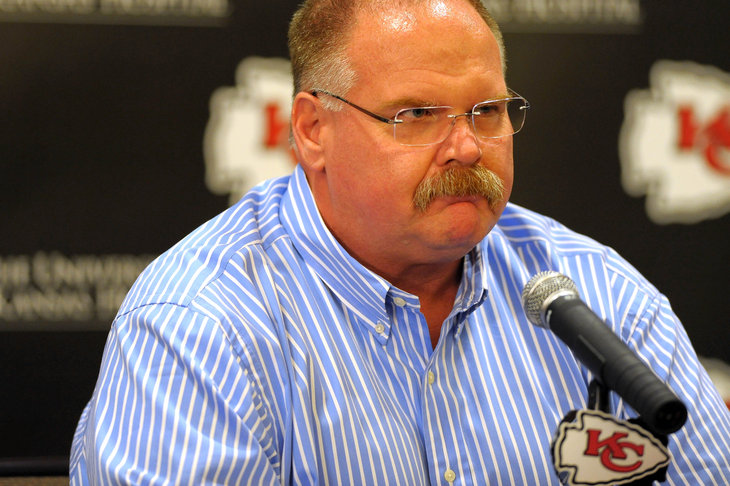 Where will Branden Albert and Eric Fisher play in 2013? On the left and right side respectively, according to Andy Reid. That's if Albert is on the roster.

The bigger issue for him will be the consistent size that he faces each week. In the MAC it wasn't uncommon to see defensive ends down around 250 pounds, so he may end up getting pushed around a couple times as he gets adjusted. But he's still growing, having put on 60 pounds in his time at CMU, so he'll only develop and get stronger as he keeps playing.

My favorite story about him was during this past season. CMU was up by a couple of scores on Miami (OH) and had the ball fairly late in the game, and looking to run clock. We put together a pretty decent drive, one that ended with a punt, and pinning Miami back within their 20 yard line, but left just over a minute on the clock. Fisher came back to the sideline upset, and frustrated to the point where he was yelling, not to or at anyone in particular, but just out of frustration, that they had left them so much time on the clock, and couldn't burn the rest of the game.

It didn't end up making a difference, because we still won by the two touchdowns, but it is a great example of how passionate he is, not just about his play, but about the results of the team.

Fisher's versatility played a role in the Chiefs decision

Chiefs liked Fisher before the Combine

History says Fisher will be successful