Things that are not older than the Chiefs playoff winless streak: This 1994 receipt signed by Joe Montana

Someone is selling a receipt from 1994 signed by Joe Montana for $175. The receipt is younger than the Chiefs playoff winless streak.

Share All sharing options for: Things that are not older than the Chiefs playoff winless streak: This 1994 receipt signed by Joe Montana

Your random eBay item of the day is a good one.

Someone is actually selling this beer receipt, signed by Joe Montana, for $175. The receipt is from September 12, 1994 from Loch Lloyd Country Club.

The eBay description reads: "A receipt dated September 12th, 1994 signed by SF 49'ers legendary QB Joe Montana. Montana was with the KC Chiefs at the time and this was the day after his Chiefs defeated the 49'ers the first time he had faced them." 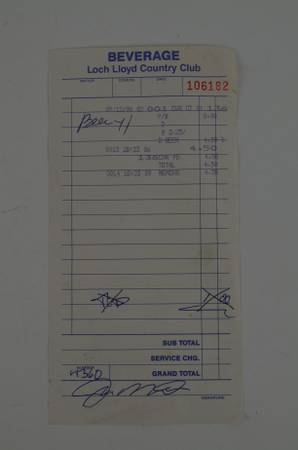 Can anyone tell what kind of drink he got? And what time was it in the day or night? 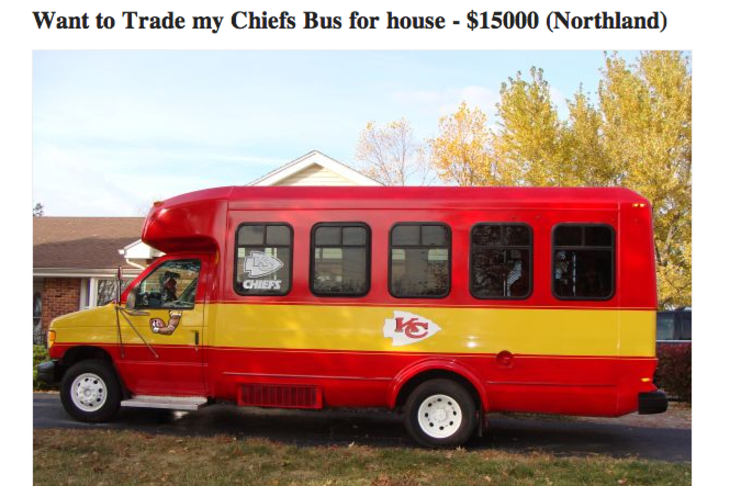 A Chiefs fan wants to trade his Chiefs bus -- for a house!

By the way, the Chiefs did win that game. Montana completed 19-of-31 passes for 203 yards, two touchdowns and no interceptions. The recipient of one of those touchdowns was offensive lineman Joe Valerio. Keith Cash, who months earlier had thrown the ball at a poster of Buddy Ryan's face in the Chiefs last playoff win, caught the other one. Marcus Allen carried the ball 20 times for 69 yards but scored an important touchdown in the third quarter, putting the Chiefs up by two scores. Greg "The Real Deal" Hill rushed four times for 12 yards. Derrick Thomas, who was not voted to the College Football Hall of Fame this year, sacked Steve Young three times that day. Four years later, DT would sack Steve Young again, en route to a 44-9 blowout. And 13 years after that, Tamba Hali would be sacking the 49ers quarterback three times.

This concludes the most important posting of the day.

So Jamaal Charles isn't one of the best RBs in the NFL?