The Kansas City Chiefs made investments in their defense this offseason. Newcomers Mike DeVito, Sean Smith and Dunta Robinson will factor in. What will the Chiefs defensive starting lineup look like?

Share All sharing options for: Predicting the Kansas City Chiefs starters on defense

2. Nico Johnson and Akeem Jordan will be battling for the inside linebacker spot next to Derrick Johnson. Give me the rookie in that battle. 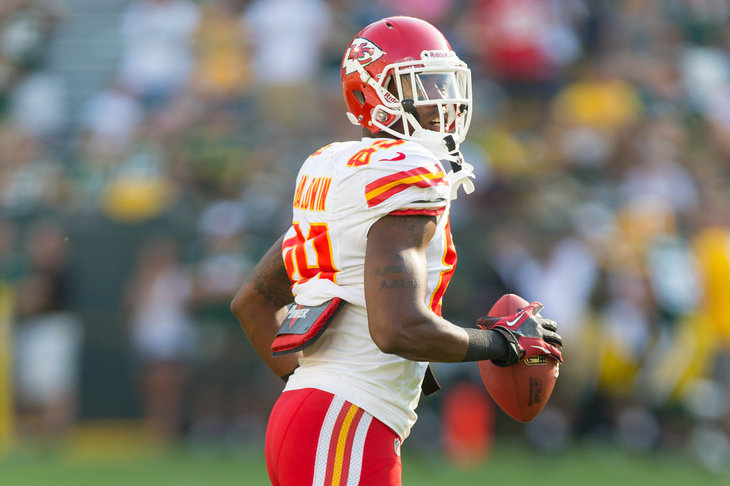 3. Justin Houston is under his rookie deal for two more years, which means Tamba and Houston can reasonably stay together for two more seasons.

4. The Chiefs defensive ends remind me of the Jackson/Dorsey combination. Solid players, but not striking fear in the quarterback.

5. Sean Smith seems likely to take the cornerback spot opposite Brandon Flowers but Dunta Robinson started there in minicamp. The rumors, which the Chiefs haven't fully addressed, are that Smith will get the corner job to deal with the big receivers and Dunta Robinson will be playing some safety.

6. It's only May but we can say this: Kendrick Lewis is on the roster bubble. With Robinson capable of playing safety and Sanders Commings getting drafted in the fifth round, Lewis's spot is not secure. That said ... I wouldn't count him out either.

7. Premature: How does the new regime view Eric Berry? Dude gets paid a lot. But can also deliver a lot.

8. Evan Silva of Rotoworld has a nice breakdown of the Chiefs defense and says they could struggle against the run. "While the backend play projects to improve -- probably by a lot -- this unit could be susceptible to the run. Inside linebacker next to Johnson is open to competition between underwhelming ex-Eagle Jordan and fourth-rounderNico Johnson. DeVito is a lunch-pail run stuffer, but the same can't be said for Jackson or Poe. Poe was a huge project as a rookie and gained lots of valuable experience, but largely struggled. His development will go a long way toward determining whether the Chiefs can contain run games."