Rumors were flying this weekend that Branden Albert signed a new deal on the heels of an Instagram post he made. Unfortunately for Chiefs fans, that's not the case.

Share All sharing options for: Branden Albert does not have a new contract with the Kansas City Chiefs

New deal? Not so much.

KC Chiefs head coach Andy Reid was on with Bob Fescoe and Josh Klingler on 610 Sports this morning and confirmed that there is no new deal with Albert. 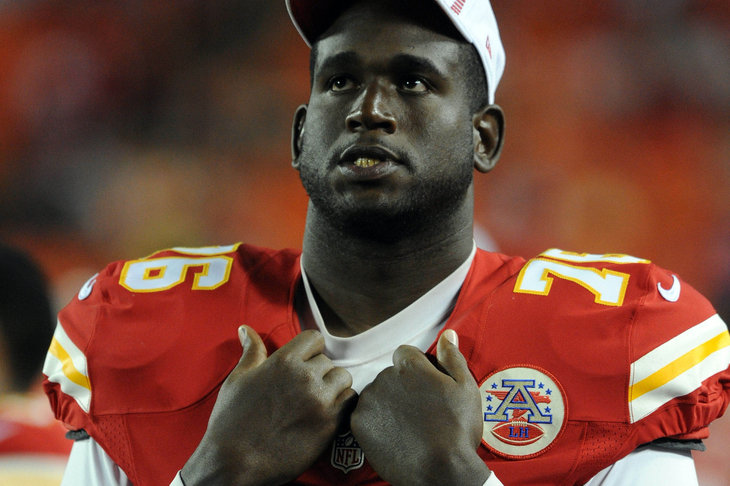 "There hasn't been anything done yet," Reid said on Monday morning. "We're talking so we'll see how everything works out down the road here. I'm glad he feels that way. He's a good kid. I know the business side of this can make guys look like bad guys but there is a business side to it. We understand that and we work through it and try to make it work for both sides. Unfortunately they put a cap on things so you have to work through all of that stuff and how you situate your money. I'm glad he put that out there."

Reid said he's liked Albert since coming out of college. He took the job knowing that Albert was there and that Albert could be his left tackle.

"I have no problem with him being the left tackle," Reid said of Albert. "He's done it and done it well for a number of years. We brought Eric on board and Eric's one of those guys who's big and athletic he can play anywhere across the board. That's a good problem to have."

If Albert were here, Reid said, he would be the left tackle. He did not confirm that Fisher would definitely play right tackle in that instance but the writing on the wall suggests he would.

I don't know why Albert posted that message. Maybe he means he's coming back to Kansas City for workouts? Or he's just trolling us!