The KC Chiefs beefed up their front office, adding Chris Ballard from the Bears to run the pro and college scouting departments.

John Dorsey is a new general manager but we haven't seen the type of housecleaning in the KC Chiefs front office that we saw with Scott Pioli. Until now!

Per reports, the Chiefs are shuffling parts of the front office. Three scouts will reportedly not see their contracts renewed with the Chiefs. And the big one: Chris Ballard is joining Kansas City's front office, according to Adam Caplan. 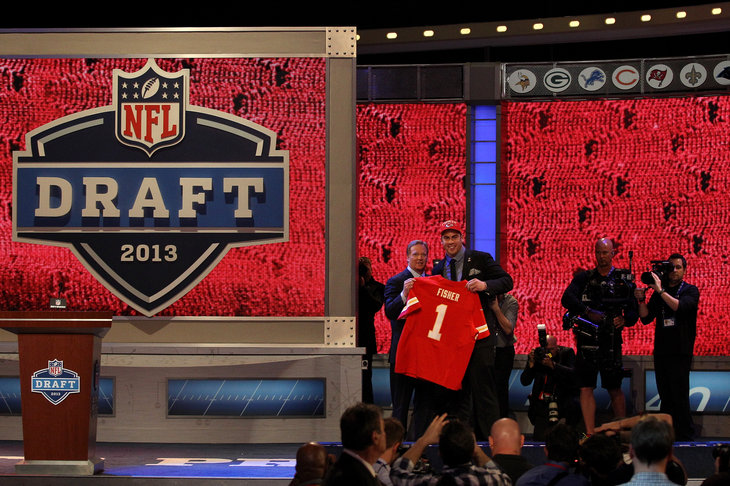 Ballard is a personnel guy who comes from Chicago where he was just promoted last year to the position of director of pro scouting. In Kansas City Ballard will be heading the pro and college scouting departments, which means this is a promotion for him. Running both of those departments gives Ballard significant influence in the Chiefs front office. I don't know the dynamics of the Chiefs front office hierarchy but this position appears to put Ballard as Dorsey's No. 2.

As the Chicago Tribune points out, people in Ballard's position often move onto GM jobs if their team wins. But let's not get ahead of ourselves here.

The Tribune on his past:

Ballard served as a southwest area scout in the college ranks for 11 years before Emery promoted him to the pro side last year. The Bears leaned on Ballard in a big way under former GM Jerry Angelo, drafting Charles Tillman, Johnny Knox, Nathan Vasher, Matt Forte and Tommie Harris from his area.

The man running the Bears is Phil Emery, who was previously in Kansas City's front office. Just this past season, the Chiefs lost pro personnel director Ray Farmer to the Cleveland Browns.

GMs are hired in January or February and often keep the scouting department intact through the draft. From there, GMs will reorganize if they so choose.