The KC Chiefs made their picks, signed some undrafted free agents and now begin looking ahead. Before we do that, let's see what Dan Kadar, editor of Mocking The Draft, has to say about the Chiefs 2013 draft class. I asked Dan five questions about the Chiefs draft. And he answered them.

1. Five years from now, who will be the better tackle: Eric Fisher or Luke Joeckel?

Dan Kadar: When I think of Fisher and Joeckel, Trent Williams and Russell Okung always come to mind. They were both taken in the top six picks in the 2010 draft. Joeckel, who plays with more power, is more like Williams. Fisher is more like Okung because of his athleticism. Much like Okung has become the slightly better player than Williams, I think Fisher will be slightly better than Joeckel. All along, whenever the potential of Fisher and Joeckel was discussed, Fisher got the nod. That's what happens when you're a little bit taller and a little bit more athletic. It will just be up to Fisher to play up to his potential. Given the coaching staff in Kansas City, that's possible.

2. Many AP readers are concerned about the Knile Davis pick due to his injury and fumbling history. Can you talk some of us off the ledge on that pick?

Kadar: Unfortunately, I cannot talk anyone off the ledge about Knile Davis. If he were a random fifth- or sixth-round pick, sure. But to use a top 100 pick on him was one of the stranger moves of Day 2 of the draft. The only hope for Davis is that he lives up to his timing numbers. He's the ultimate video game running back. He's big, strong, athletic and fast. But the fumbles issue is one that can't be ignored. 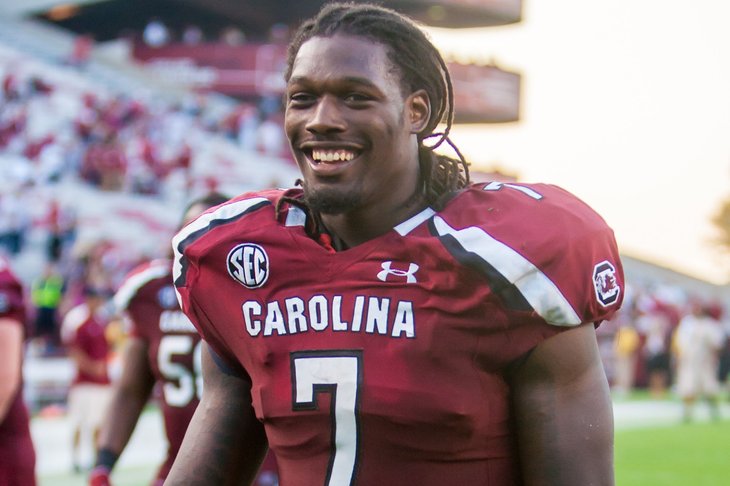 Kadar: If you're judging off natural physical ability, it's Bray. If you're guess is based on the ability to comprehend and execute a playbook, it's Stanzi. Can we just figure out some way to combine the two? That science has to exist at this point, right? But if you're forcing me to choose one or the other, it's Bray. The new regime in Kansas City has no ties to Stanzi. Chances are the Chiefs will be able to stick Bray on the practice squad. They could drop Stanzi to have a roster spot for somewhere else.

4. What is Travis Kelce's ceiling? What's the best we can hope for?

Kadar: The first thing with Kelce is you hope he doesn't find any trouble. I was impressed with Kelce's blocking ability. For most rookie tight ends nowadays, that's a unique trait. That will help him get on the field. He can be a devastating blocker. But is that what you hope for out of the first pick in the third round? Probably not.

"...a good, dependable tight end who doesn't need to come off the field." Kadar on Kelce

Fortunately Kelce also happens to be a solid to good receiving option as well. He's a good athlete who can and will get open in the middle of the field. While I wouldn't be hoping for the next Tony Gonzalez, Kelce should be a good, dependable tight end who doesn't need to come off the field. He reminds me a bit of a stronger version of Dennis Pitta of the Ravens. I think Kelce will end up having a similar kind of impact.

More: Get to know Travis Kelce in under 11 minutes

Kadar: Kansas City's biggest need for 2014 is tied directly to what happens with Branden Albert. If he's gone, another offensive tackle. I'm not the biggest Donald Stephenson fan. But even if offensive tackle is Kansas City's biggest need, I don't think they'd take one in the first round two consecutive years. I want to see how Jon Baldwin does this season. If he doesn't have better numbers, wide receiver could be a need. Jon Asamoah is in the last year of his rookie deal, so guard could be a high need as well.