We don't often hear from the KC Chiefs coordinators and assistant coaches but this week we will. Dave Toub, the Chiefs special teams coach, spoke with reporters following Tuesday's session. There were several notable takeaways from it.

Breaking: Dustin Colquitt is the man

Quote of the day?

"I'm not sure I ever had a punter like him as far as the way the ball flies off his foot is just amazing. He's a bomber. He can flip the field for you. He's definitely a guy that we're happy to have."

He's expensive but he does his job very well.

The No. 1 punt returner

Toub points out that McCluster hasn't been returning punts as much in the past couple of years. DMC returned 13 punts his rookie year (including that sweet-ass one for a touchdown against San Diego). In year two he returned six and in year three he returned just two. It'll take him a little time to get used to it again.

But when he does ... this should be fun.

The No. 1 kick returner

Undecided at the moment. "There's a bunch of guys in there right now," Toub said.

Knile Davis and Quintin Demps were the two names he mentioned.

"It's so early with the shorts on," he said. "There are a lot of guys who look good so we'll just have to see."

On Davis in particular, Toub said it's hard to get a feel for how someone like Davis, who did not return kicks in college, will do until you get them into live action.

"When the live bullets start coming, that's when he'll improve and we'll find out what we got," Toub said.

Anyone else forget about Wylie, the Chiefs 2012 fourth round pick? I did. At least a little bit.

He's running No. 2 right now. He's doing a better job catching, catching every ball. Punt returner is such a high stress position that you have to have a lot of confidence back there as a catcher," Toub said. 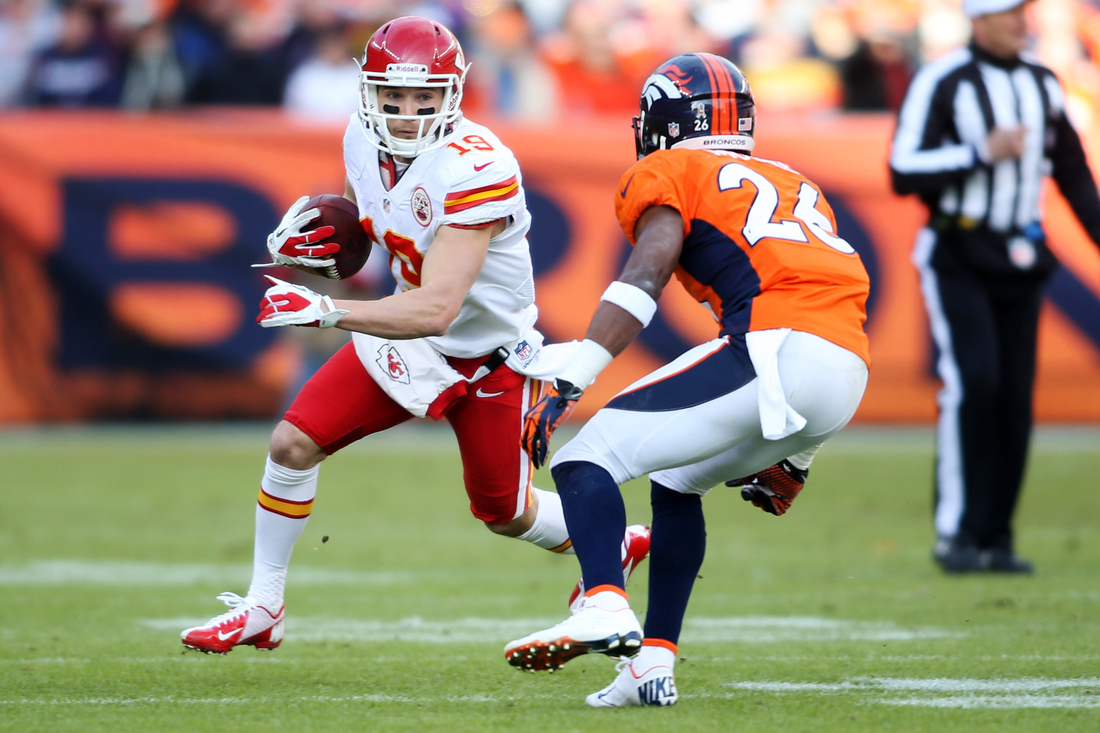 No competition for Succop

"We're not going to bring anyone in," Toub said. "Ryan is our kicker. That's the way we're looking at it."

So if/when the Chiefs do bring someone in, that will be quite the message.

Toub said they're "straightening a few things out" as far as Succop's technique goes.