Who will be the Kansas City Chiefs kick and punt returner?

Dexter McCluster? Cyrus Gray? Knile Davis? Who will it be?

Share All sharing options for: Who will be the Kansas City Chiefs kick and punt returner?

At Thursday's Kansas City Chiefs OTAs Dexter McCluster went down with an apparent hamstring injury. McCluster does a lot of things for the Chiefs, including return kicks. With McCluster sidelined for part of Thursday's practice, KC Chiefs head coach Andy Reid turned to ... Knile Davis?

Indeed, the man who did not return kicks at Arkansas got an opportunity to in Kansas City. 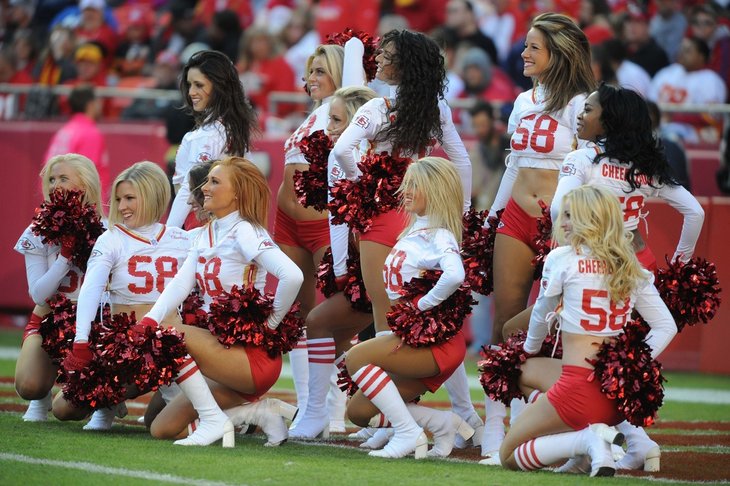 Long-winded responses to questions that could be answered in much simpler fashion.

"The size and speed," Reid said when asked about him returning kicks, "he's got good vision as a running back. So that position, you want the guys that are willing to hit it up the field. We'll see how it does. Not saying that he's the guy necessarily right now, but he's working at it and we'll see how he does through training camp."

That seems like a good spot for Davis -- provided he's good at returning kicks (of course). It seems like the more a player participates in the offense, the worse he is at returning kicks. (Kansas Citians call this the Dante Hall rule.) So I would want a player like Davis who isn't playing a lot of snaps to begin with.

At one point I thought McCluster was going to be an outstanding kick returner in the NFL.

That's where he was his rookie year, returning 13 punts and 26 kickoffs. In year two that was four punts and 25 kickoffs. By the 2012 season, he returned just two punts and no kickoffs due to his role in the offense increasing.

Reid said that the Chiefs are comfortable with where they are with returner ... even if they don't know who their return man will be.

In addition to McCluster, there's Mardy Gilyard and Devon Wylie for return man duty. Quintin Demps played for Reid briefly and returned kicks. Cyrus Gray has some experience returning kicks. Donnie Avery has a little, too.

Anyone else wish the Chiefs could just say screw it and throw Jamaal Charles back there?

The open spot on the o-line

Pick one player from Chiefs history

An ode to DJ