Few offensive lines in the NFL can match the one the Chiefs have to offer.

In our second edition this week of the positional breakdown series, we take a look at the offensive line of our beloved Kansas City Chiefs.

Despite finishing a brutal 2-14 last year, the offensive line was one of the few bright spots at times.This group suffered some injuries in 2012 with Rodney Hudson going down against the New Orleans Saints in Week 3 with a broken leg and Branden Albert dealing with his well-publicized back issues.

All that said, the line ranked by many metrics in the top 10, especially grading out nicely with regards to running the ball. Behind them, Jamaal Charles had another tremendous campaign and Peyton Hillis gained more than he lost. It's Peyton Hillis, you can't expect more than that.

So how do they stack up going into this season? Let's go ahead and take an in-depth look:

Albert played very well when he was healthy, and when he wasn't Donald Stephenson stepped in and showed some flashes of the future.

Of course, Stephenson will be the swing tackle once again with the acquisition of No. 1 overall pick Eric Fisher. If Fisher comes close to his potential, we're looking at a perennial pro bowl player, especially on the right side.

The guards are young and angry, just the way you want them. Jeff Allen and Jon Asamoah are two big-bodied men in the interior who can move defenders out of the way and keep them at bay in the passing game. Hudson was injured most of the season but with his return, the line should be quite formidable from the inside-out.

Don't miss our other position breakdowns 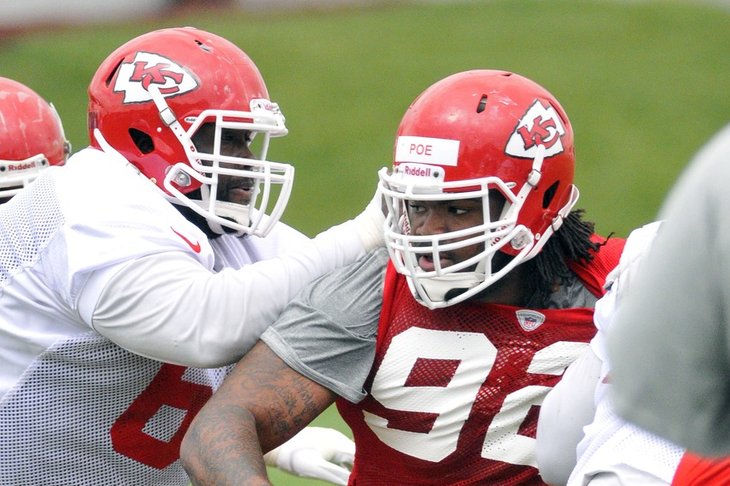 All you need to know about a variety of positions on the Chiefs roster, including (so far) receivers, cornerbacks, running backs, defensive linemen and linebackers.

One of the most mobile lines in the NFL. Very few teams have the combination along their offensive line of being large and fast, but Kansas City does. With Andy Reid's offense, this line will be asked to get downfield often and knock defenders out at the second level on draws and screens.

The Chiefs are built to do this with young players who are agile. I can't wait to see a play in which Fisher and Asamoah roll out and meet a panicked safety and undersized linebacker with Charles toting the rock behind them. 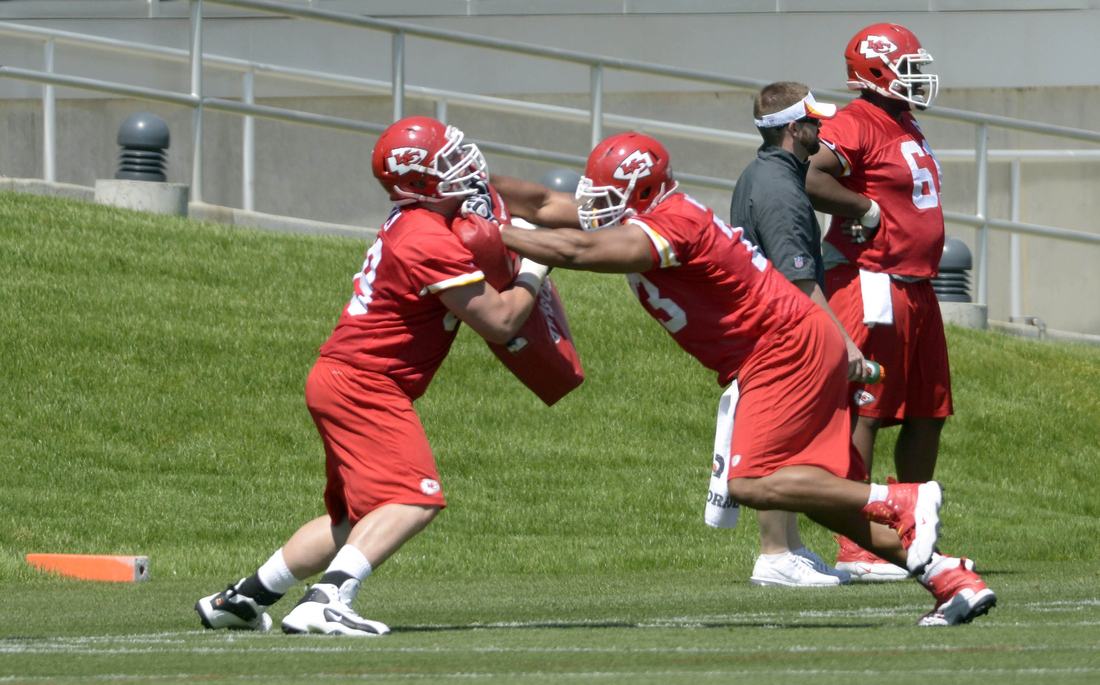 Health. It's a cop-out because this could be said about any position, but that's really the only problem I see. Even with an injury, Kansas City has nice depth with Stephenson who can play either tackle position and Geoff Schwartz who could line up anywhere but center.

The Chiefs don't have too much to worry about with this group barring an absolute devastation with injuries.

This will be a very enjoyable line to watch. I really don't have a scenario where this turns into a nightmare. It's tough to expect this group doing anything but performing at a top-five level with all the talent on it.

Alex Smith should have plenty of time to throw the ball and go through his progressions, allowing our receivers more time to get open. This will certainly help a player like Jon Baldwin, who has shown struggles with getting off the blocks.

This group will likely be unheralded by the media, but Chiefs fans will be very thankful for them come September.

Pick a Chief from history

Video from the Chiefs final practice this week

Moeaki out til training camp