[Update: The Chiefs made it official. He's signed.]

Sanders Commings will soon be the KC Chiefs fifth draft pick to sign. Commings "should sign today", according to his agent. That makes five draft picks that have signed. Commings is the second highest pick to sign so far, behind third round pick Knile Davis.

Commings one of the top value picks 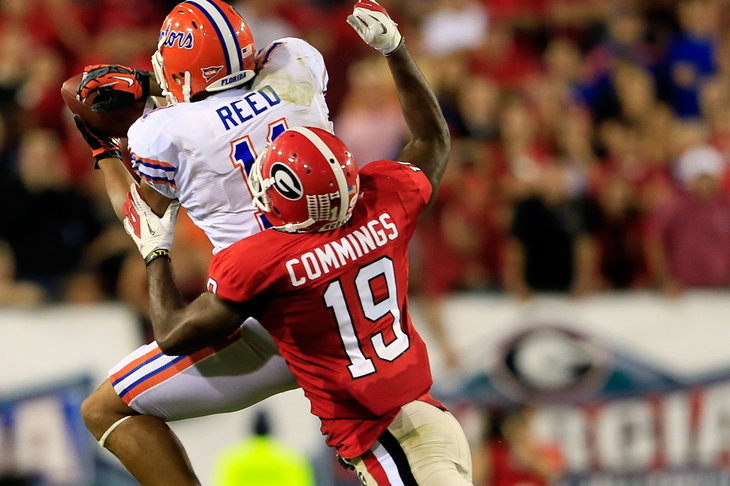 "As a cornerback at Georgia, he was a physical guy who pressed well, and I liked his instincts in zone defense, too," Charlie Casserly said. "He was not very consistent in his off-man coverage, but did look more athletic in man-to-man drills at the combine."

Coming out of Georgia, Commings will slide into the Chiefs secondary. There is no solidified starter at the safety position opposite Eric Berry so he has a heck of an opportunity to be a contributor early. However, judging by the depth chart, I would say Commings biggest role likely doesn't come until year two or three, once the safety logjam is figured out.

Commings played corner at Georgia but will transition to safety with the Chiefs. "It was good to see [Sanders]Commings work at safety," Andy Reid said at the Chiefs rookie minicamp earlier this month. "He played a little bit of corner but was primarily at safety. It was nice to see the progress that he made as he went on. We feel like he can still play corner but that gives us the flexibility to play that free safety position."

Chiefs had a tryout player this week