With Michael Crabtree's injury ... what player can the KC Chiefs not afford to lose?

The San Francisco 49ers received a blow earlier when they learned that receiver Michael Crabtree tore his Achilles and could miss the rest of the season. On that note, which player can the Kansas City Chiefs not afford to lose?

Share All sharing options for: With Michael Crabtree's injury ... what player can the KC Chiefs not afford to lose?

With that said, which player can the KC Chiefs NOT afford to lose? 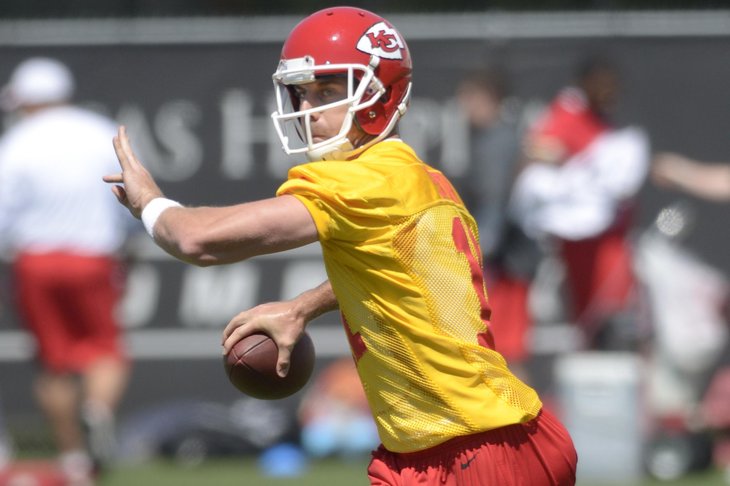 Where were the Chiefs on the most recent power rankings?

Some might even argue he should be listed ahead of Smith and/or Charles. He IS the Chiefs passing offense right now. Everyone else is a "seeing how they fit in" or "hoping to break out". Bowe is the only one on the Chiefs roster who has repeatedly done it with the Chiefs. He's vital to their success.

DJ was number two among the responses to this question. You all know I love DJ, right? One of my favorite Chiefs. With that said ... I would put a cornerback (Brandon Flowers) or a pass rusher (Tamba Hali or Justin Houston) ahead of him on this list. Yes, there's something to be said to having someone who is near the top of the list at their position and someone who is a leader on the team. But as far as players that would make the Chiefs suffer the most if they were lost, DJ would not be No. 2 for me. Let me hear it in the comments.

The Chiefs now have the depth to withstand an injury in the secondary. But life without Flowers would not be pretty. I give you this piece as my evidence.

I was surprised by how few Tamba Hali mentions we had. There were a couple of Justin Houston votes as well as Eric Berry.

Caption this photo of Andy Reid and Jamaal Charles