The KC Chiefs continue to remake the depth of the secondary with a series of moves on Wednesday.

The Kansas City Chiefs made a series of moves on Wednesday to change up the players competing for a roster spot in the secondary. After the signing of undrafted free agent safety Malcolm Bronson earlier in the day, the Chiefs have announced another signing in safety Quintin Demps. The Chiefs also cut two more players -- Justin Glenn and James Rogers.

'We're still in the honeymoon period' 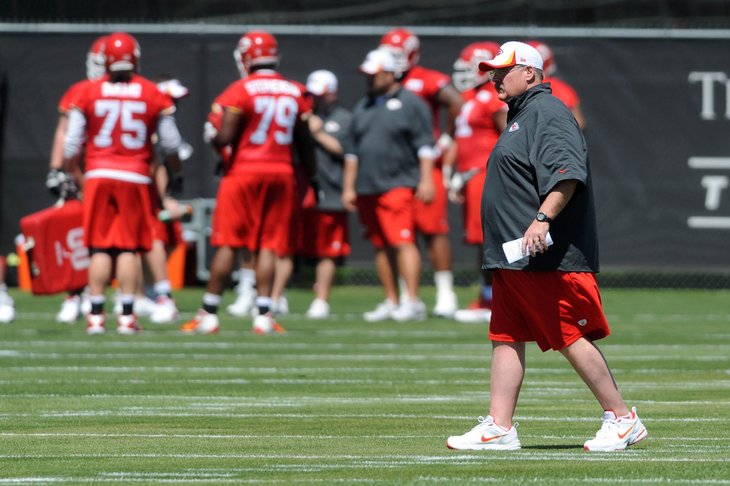 The Kansas City Star's Randy Covitz has a nice read for you on this fine Wednesday morning -- an interview with KC Chiefs GM John Dorsey.

Demps is an NFL veteran of five seasons and he spent the last three years with the Houston Texans. He's played in 48 NFL games and has 61 tackles, 3 interceptions and 1 sack in his career. He was originally the Eagles' fourth round pick in the 2008 NFL Draft.

The additions of Demps and Bronson also means the release of two players: safety Justin Glenn and cornerback James Rogers. Both players were recently added as undrafted college free agents to the team.

Few positions have been made over on the Chiefs as much as the secondary. From starting options like Sean Smith and Dunta Robinson to Husain Abdullah.

@arrowheadpride:Pure depth and some special teams help.He played quite a bit in HOU's dime last year, and it was rarely pretty.

@arrowheadpride:That said, he was not as bad in coverage as Shiloh Keo, who remains on the Texans' roster for ST purposes only.I hope.