Share All sharing options for: Kansas City Chiefs' UDFA: 'These guys are the real deal - there's no fake advertising'

The Kansas City Chiefs have a lot of players like Rico Richardson. Undrafted free agent who does not come from a BCS program. Long shot to make the roster ... but still a shot. There is a huge competition gap and Richardson has just a few weeks of practices with the Chiefs to get used to it.

I enjoy reading stories from the hometowns of the Chiefs undrafted free agents. Every one of them was a star in their respective area so it's neat to see how their community views them. For some reason those stories remind me of kids writing home during summer camp, telling their parents what's going on. 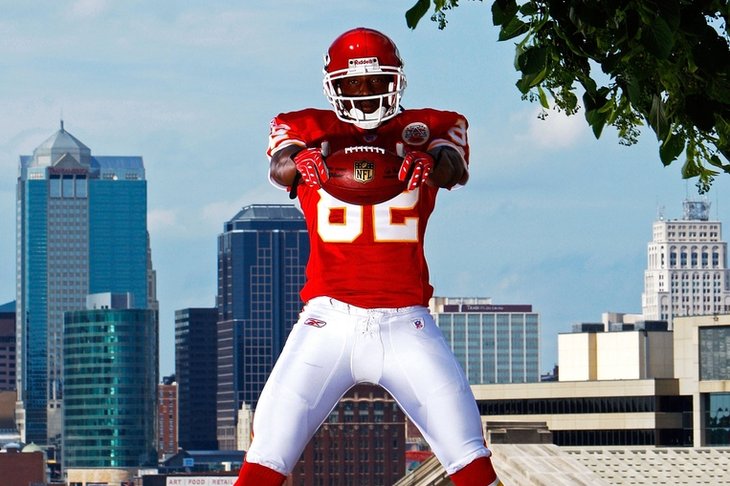 You can't hold down The D-Bowe Show forever. The Show is back. Very much back.

"These guys are the real deal - there's no fake advertising," Richardson said according to this Mississippi daily. "Dwayne Bowe is one of the best wide receivers I've seen. He's going to run crisp, right routes, and he's going to make defenders look bad. I'm just going to try and learn from him."

Many undrafted guys have probably never played with a corner as good as Brandon Flowers. Or a linebacker as big and athletic as DJ. Or a pass rusher as fierce as Justin Houston.

Richardson is hoping that the fact the Chiefs didn't draft any receivers means he can stick. Last season at Jackson State Richardson caught 50 passes for 922 yards and eight touchdowns. The year before he had 37 catches for 896 yards and 11 touchdowns. I've barely seen any of Richardson so I can't say much on his ability but those numbers do show a lot of production, which NFL teams like.

Move the draft back, free agency up?

That time Andy started with an onside

Caption this photo of Andy Reid

Where does Alex rank among NFL QBs?