NFL offseason schedule changes could move NFL Draft back to May

The NFL and NFLPA are reportedly nearing an agreement that would re-arrange the NFL's offseason schedule with, most notably, the NFL Draft getting pushed back into May.

Share All sharing options for: NFL offseason schedule changes could move NFL Draft back to May

There's this from ESPN's Adam Schefter:

NFL and NFLPA are on verge of pushing back draft to May and moving up start of league year to before combine, per sources.

NFL and NFLPA are close to enacting these calendar changes for the next three years.

This has been discussed before. It's an idea that's been thrown around so it's not coming totally out of left field. I just didn't think it could be happening so soon. 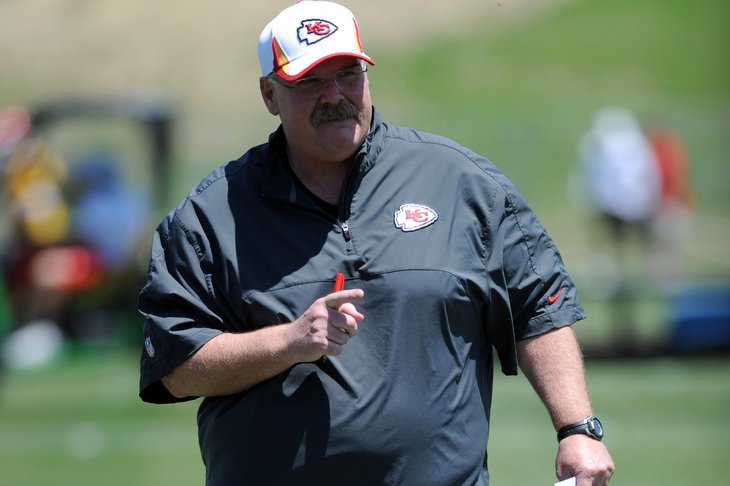 See what captions other AP readers came up with.

The Draft would be pushed back a few weeks? The Draft is held in the last week of April. Moving it into May is really just moving it a couple of weeks. Because nothing truly meaningful happens between the draft and training camp (besides OTAs) I don't have much of a problem with moving the draft to May.

As one of my SB Nation colleagues pointed out today, it would eliminate some of the dead time in May, which isn't so bad. I'm not really opposed to this schedule. Then again, I'm a blogger looking for things to post every day. As someone else pointed out, it also means coaches would get less time with the draft picks before the start of the season. What do you think about this idea?

That time Andy Reid started with an onside

Caption this picture of Andy Reid

Twists and stunts: how to generate pressure

The Chiefs OTA schedule this week