The Kansas City Chiefs made a whole bunch of front office moves today.

KC Chiefs GM John Dorsey has made one big hire in the Chiefs front office, picking up Chris Ballard as Pro Personnel Director from the Chicago Bears. On Thursday the Chiefs announced several more moves in the front office. The run down is below...

Will Lewis, Director of Pro Scouting: Seahawks VP of Football Operations, 2010-12. Worked in Seattle for 13 years and in Green Bay before that -- with John Dorsey at both stops.
Marvin Allen, Director of College Scouting: Falcons national scout the last four years. 16 years with the Patriots before that.
Randy Ball, Pro Scouting Assistant: Previously the Director of Player Personnel for the Las Vegas Locomotives of the UFL. Missouri State head coach from 1999-2005.
Trey Koziol, Area Scout: Titans scout the last four seasons.

"Will and Marvin are tremendous at what they do," KC Chiefs GM Dorsey said in a statement. "I had the privilege of getting to know Will while working with him in both Seattle and Green Bay, and he has a lot of experience that will benefit us. Marvin's been in this league a long time, and he is an incredible person with a lot of ability." 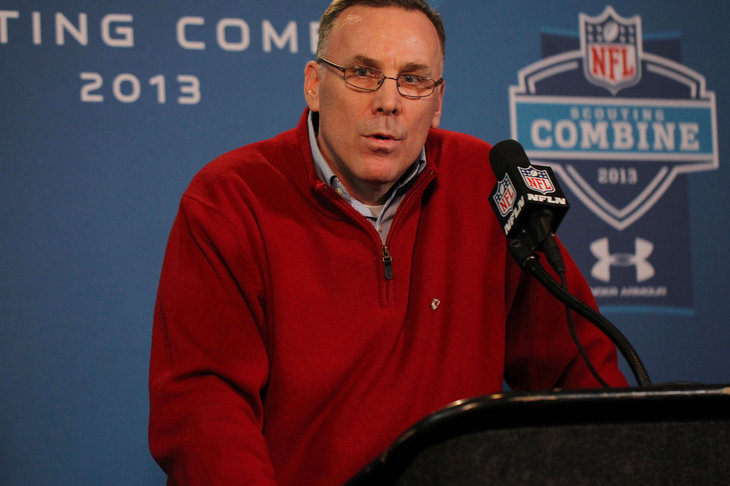 The Kansas City Chiefs hired Chris Ballard as the new director of player personnel. Ballard comes from the Chicago Bears.

"We've got a great bunch of guys on our personnel staff that bring a wide range of experience to the table," Chiefs GM John Dorsey said in a statement. "They're all hard workers that are thoughtful, dedicated and detailed. We're happy we were able to add, as well as retain, some very talented individuals."

Dorsey was hired in January. In a situation like that it's not unusual for the front office staff to stay intact until after the draft, given all the work everyone has done to that point.

Alex and the Chiefs (Niners Nation)