Would you rather Alex Smith or Tony Romo running your team?

Romo obviously has the better stats in the regular season, but does that make him a slam-dunk choice over Smith? You decide.

Share All sharing options for: Would you rather Alex Smith or Tony Romo running your team?

Last week for my weekly column, I posed the question of whether you would rather have the Kansas City Chiefs quarterback be Alex Smith of Philip Rivers.

I'll continue the trend this week with another hotly contested quarterback, this time of the Dallas Cowboys. Would you rather Smith or Tony Romo under center for the Chiefs this season? 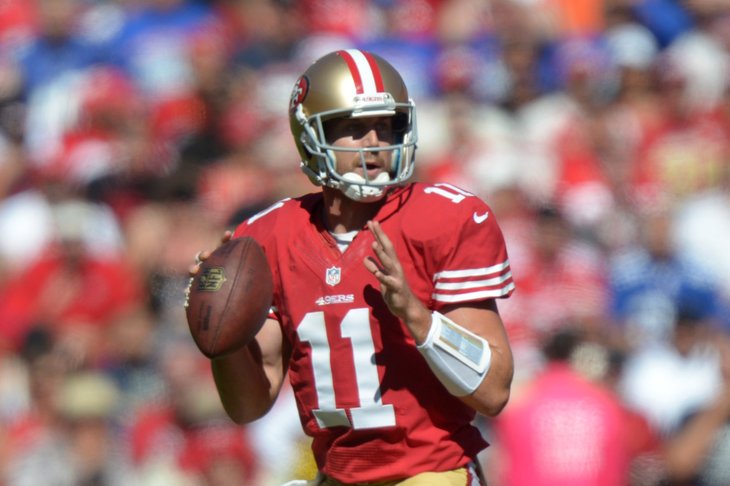 Let's start with Romo. The former undrafted free agent out of Eastern Illinois has put together a very solid and polarizing career. In his seven years as a starter, Romo has thrown for over 25,000 yards and 177 touchdowns, including two campaigns with more than 30.

Last season, Romo tossed the pigskin for 4,903 yards, easily the highest total of his career. However, his average per attempt was 7.57, a figure that only ranked him ninth in the league. He would have been 10th if Smith had played enough to qualify, as he was at 7.97, a number which would have slotted in fourth.

Undeniably, Romo has been spectacular at times in the regular season. The big knock on Romo has always been his postseason performance, which lacks any luster to say the least. In his seven years, Romo has only won once in the playoffs, beating Andy Reid's Philadelphia Eagles back in 2009 before being drubbed by the Minnesota Vikings.

Romo has been spectacular at times in the regular season. The big knock on Romo has always been his postseason performance.

In four playoffs games, Romo lost on his infamous fumbled hold in the 2006 playoffs against the Seattle Seahawks, in 2007 as the favorite against the hard-charging New York Giants, and split in 2009 as talked about.

In fairness, Romo never played on a team with high expectations that were fair in the playoffs save 2007, when Dallas was loaded. The offensive line has been a mess, although his skill position players have always been legitimate.

His leadership has been questioned at times, but he seems generally liked by his teammates. Overall , Romo's biggest flaw has proven to be the late-game situation, and not just in the playoffs.

Last year, Romo threw three interceptions to seal the Cowboys' fate against the Washington Redskins in Week 17 with the NFC East title on the line. A few years before that, Romo had a miserable game against the Eagles in which he was crushed 44-6, again with the division title in the balance. 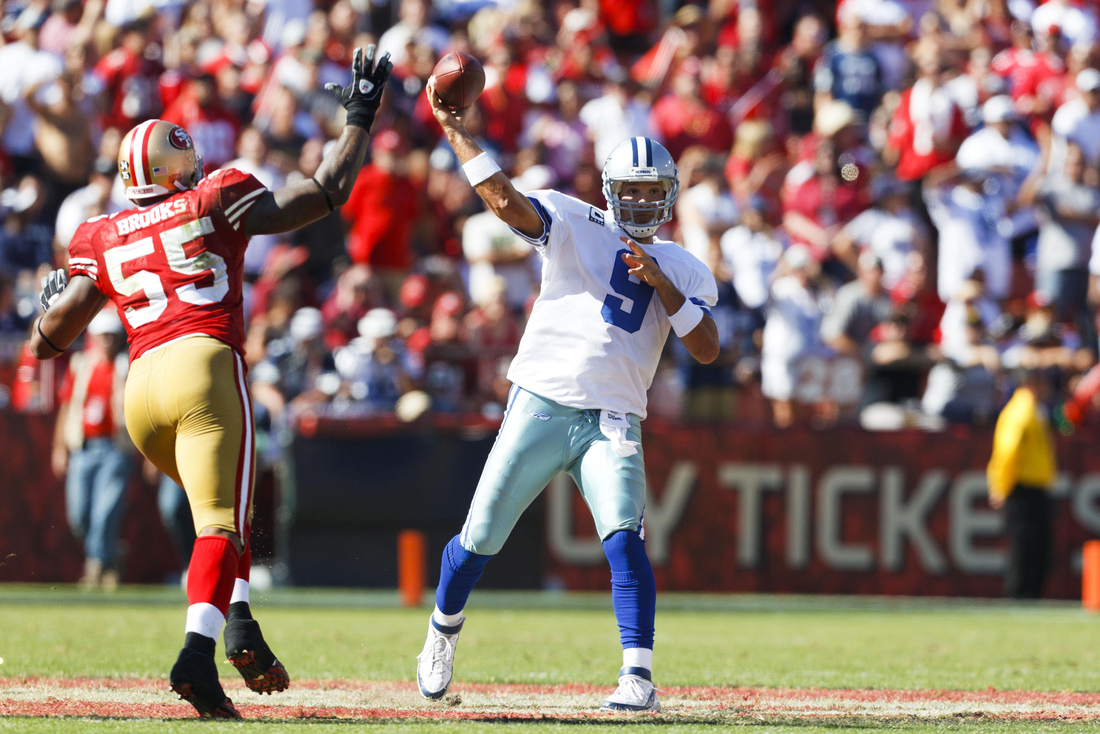 Contrast all of that to Smith, who hasn't enjoyed anything like the success of Romo in the regular season. Smith was mostly on awful teams, but he was part of the reason for a long time. Smith was a very below average quarterback for the most part until Jim Harbaugh arrived.

In his limited postseason sample size of two games, Smith has as many wins as Romo. He almost single-handedly beat the New Orleans Saints in 2011, running for a touchdown in the final minutes and then throwing the game-winner with only a few seconds remaining.

In the NFC Championship that year, Smith had a bad showing against the Giants. The game was one of the all-time defensive struggles, but Smith still failed to get the job done.

I'm torn on this one. I would absolutely take Romo in the regular season, as long as the games don;'t get tight down the stretch. He is vastly superior to Smith when nothing is on the line, but when the chips are down he falls apart.

I would take Smith in the playoffs, if for no other reason I personally watched him come up big with all the pressure on him. I've never seen Romo do that and after all, you have to win playoff games to win a Super Bowl last I checked.

Forced to choose, I would take Smith for the simple reason stated above, and that he's four years younger. What good is going to the playoffs if you lose every time? Then you're just the Kansas City Chiefs of the last 20 years.

We all know how fun that is.

*After looking at the comments to my last piece, Omar...Sheezy did in fact talk about this comparison as a topic. The man deserves some pub. Props to my Chiefs brethren.*