Could the Chiefs run the pistol next season? Yes. Are they going to do it all the time? Probably not.

After the Kansas City Chiefs hired Chris Ault, former Nevada head coach and creator of the pistol offense, a lot was made of the Chiefs becoming an offenses that features the pistol. This post at ESPN went so far as to say the Chiefs will "become a full-time Pistol offense", which seemed a step too fast.

The way Andy Reid talked on Tuesday, it didn't sound like the Chiefs were making the pistol a major component of their offense.

First, here's what Reid said on Tuesday when asked about Ault's hiring:

What Chris Ault once said about Alex Smith 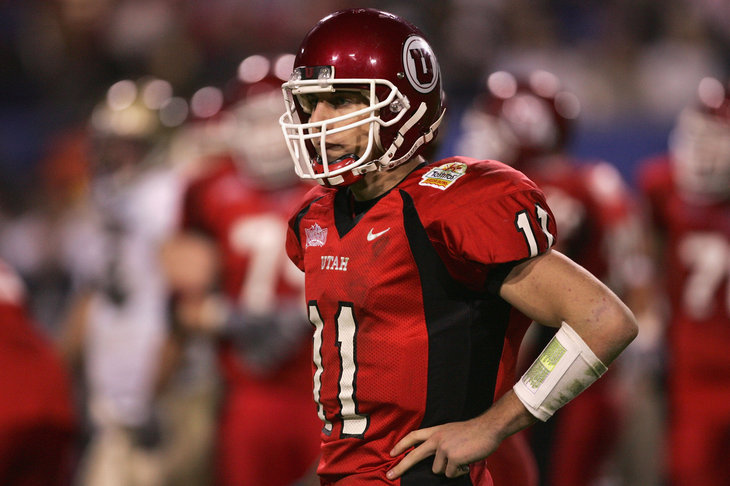 "An Alex Smith could run the read system also," Ault said. "I remember him at Utah, he would have been an excellent pistol quarterback."

"Chris is a consultant and I brought him in," Reid said (comments via the Chiefs). "He's actually been here once and visited with the defense and spent some time there. He visited with Brad Childress a little bit and they went over some stuff. He will not be here, he's not moving here, that's not what he's doing. He's living in Reno. I'm doing with him what I did with Tommy Brasher for the last six years and that was I would give him projects to do and between him and Brad [Childress], they'll do that and work together on some things for us."

Now, is the pistol offense an option for the Chiefs?

If NFL head coaches are to be believed (well...) the Chiefs aren't going to a full-time pistol offense. I do think it will be employed, but I don't think it will be a significant change from what we've seen from Reid in the past 14 years. Nor should it be. There's a reason Reid is known as a good offensive mind -- because he knows how to run his offense.

Besides, if the Chiefs were going to move to a pistol full-time, they'd probably hire Ault to a larger role, rather than one that has him still living in Nevada, right?

As for what Alex Smith thinks of the new hire...

"It's a wealth of knowledge," Smith said. "For me, being exposed to it, playing with Colin (Kaepernick) and the little bit we were doing back there in San Fran, I got a little bit exposed to it, and then a few days with him got me excited."

Could the Chiefs run the pistol next season? Yes. Are they going to do it all the time? Probably not.

Chiefs had a free agent visitor this week