The NFL's daily personnel notice is out and it shows the KC Chiefs making a few more roster moves.

On Monday the Kansas City Chiefs made nine roster moves, cutting three and signing six more. By Tuesday morning, the roster moves continued with the release of 2012 fifth round pick DeQuan Menzie. Lucas Patterson was also said to be released but it has yet to be official as far as I can tell. 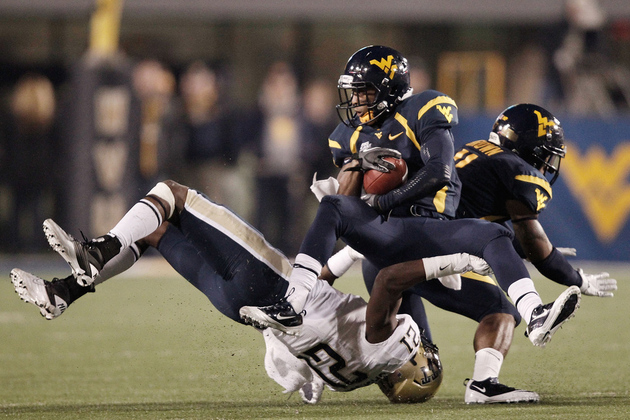 His most glaring weakness is his experience. In his five-year career at Pittsburgh (one as a redshirt), Jackson started a grand total of one game.

Jackson went undrafted in 2012 and spent some time with the Indianapolis Colts in addition to the Giants. He didn't record many stats while at Pittsburgh but his numbers show he's a heck of an athlete. He's a 4.3 guy, along with a 40-inch vertical. He'll join the secondary group.

For Reynolds, the connection is easy -- Andy Reid. The former Eagles head coach claimed a former Eagles player. No big surprise, as Eagles reporters predicted yesterday. Reynolds has a football family. His dad, Lance, played with the Eagles. His brother, Dallas, plays for the Eagles currently. His other brother, Lance Jr., played briefly for the Seattle Seahawks. His other brother Houston is on the offensive line for BYU.

What to expect at OTAs

Creator of the pistol offense is coming to KC