Among the players released, Eachus is the only one who is a minor surprise but with the fullbacks acquired this offseason (via trade and the draft) it's not shocking by any means.

We don't know much about the tryout players signed. 36 of them were in the house last weekend and six of them signed. Here's the Chiefs bio on each of these guys: 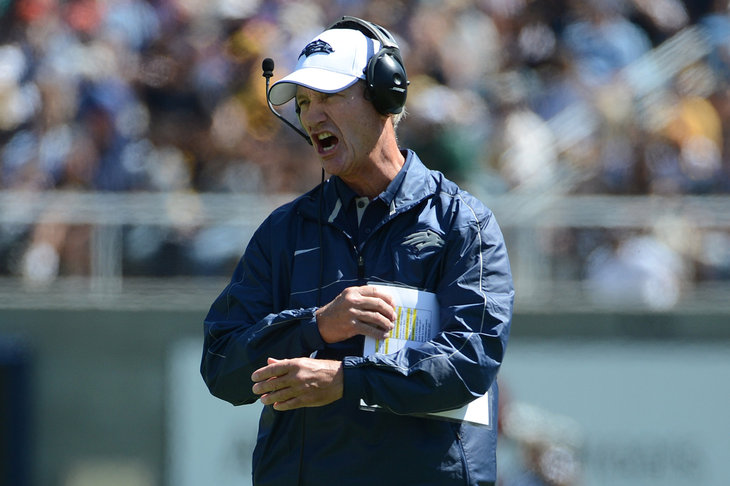 The Kansas City Chiefs only connection to the pistol offense comes through Tyler Thigpen, but that will be changing. Andy Reid and the KC Chiefs have hired Chris Ault, former Nevada head coach, as a consultant.

Chavis (6-5, 285) played in 47 games at Clemson and had 71 tackles (37 solo), 1.5 sacks (-9.0 yards) and a pass breakup. The Fayetteville, N.C., native prepped at Terry Stanford High School before playing football at Hargrave Military Academy.

Glenn (5-11, 214) appeared in 40 games (16 starts) in four years at the University of Washington, recording 152 tackles (93 solo), three tackles for loss, four fumble recoveries, three interceptions and four passes defensed. Earned honorable mention All-Pac-12 as a senior and was named the Most Outstanding Special Teams Player at the team's postseason awards banquet. The Mukilteo, Wash., native prepped at Kamiak High School where he was a defensive back and running back.

Roberts (5-10, 222) played in 11 games for the University of Charleston as a senior in 2012, rushing 238 times for 1,572 yards (6.61 avg.) with 18 touchdowns, earning WVIAC Offensive Player of the Year honors. The Yawkey, W. Va., native prepped at Scott High School in Madison, W. Va., earning the Kennedy Award as the best high school player in the state of West Virginia.

Rogers (6-1, 188) played in 46 games (15 starts) at the University of Michigan as a defensive back and wide receiver, starting 13 games at cornerback and two games at wide receiver. He caught three passes for 64 yards (21.3 avg.) during his career and added three interceptions and four passes defensed, as well as 15 special teams tackles. The Madison Heights, Mich., native prepped at Lamphere High School where he was a three-year varsity letterman.

OTAs are coming this week