The KC Chiefs hired the creator of the pistol offense -- but will he be helping the Chiefs offense or the defense?

Share All sharing options for: Chris Ault isn't sure if he's in KC to help the Chiefs offense or defense

Shortly after the Kansas City Chiefs hired Chris Ault, the former Nevada head coach and creator of the pistol offense, I wrote that it's possible that Ault could be coming to Kansas City to help the Chiefs defense as much as the offense. Dan Hinxman of the Reno Gazzette Journal writes in this interview with Ault and his agent, Bob LaMonte, that Ault isn't sure whether he's coming on board to help the Chiefs run the pistol or to stop the pistol. Or none of the above.

Chris Ault and the pistol 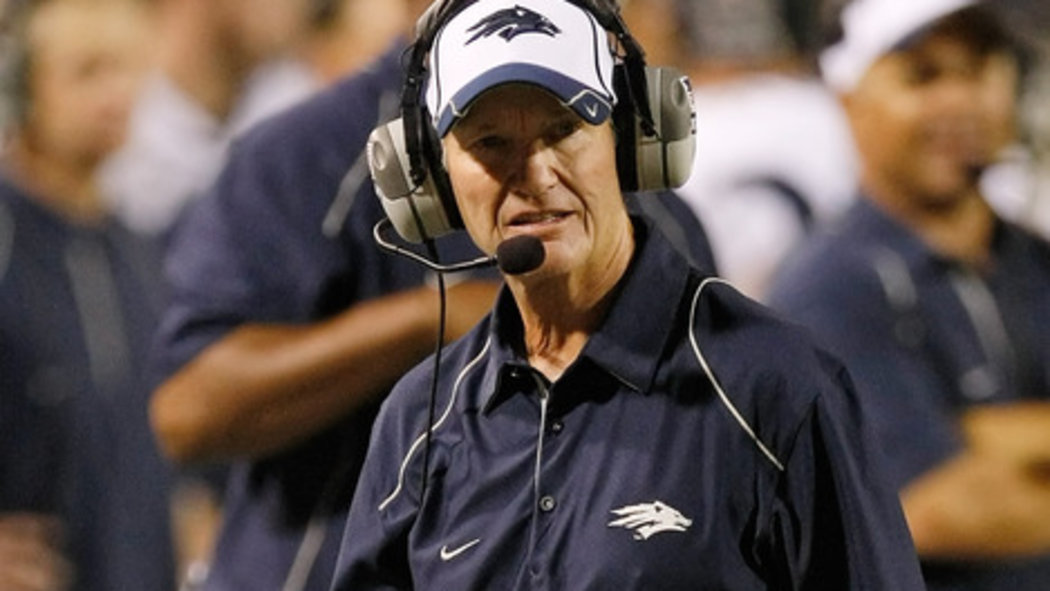 "There are no gimmicks in our offense," Nevada head coach Chris Ault recently explained. "When the shotgun offenses came out, I enjoyed watching those teams move the football. The thing I did not like was the idea of a running back getting the ball running east and west," he said. "We have always been a north and south running game offense."

Check out this piece from the Reno Gazzette Journal for quotes from Ault and his agent.

Ault retired from Nevada last season but there were indications he could head to the NFL. The report states that Ault had interest from multiple teams, including the Green Bay Packers, Baltimore Ravens and Minnesota Vikings.

Also, It's a one-year deal.

Reactions to the hire

Chiefs tryout player gets a contract