The Kansas City Chiefs wrapped up day two of their rookie minicamp on Saturday afternoon. I watched practice for the last two-plus hours. My observations are below.

Greetings from the University of Kansas Hospital Training Complex. I'm just finishing up the KC Chiefs second day of rookie minicamp as I write this. The Chiefs practiced for a little over two hours, running a variety of drills in shorts, practice jerseys and helmets. The jerseys had their name on the back which I think is something new for the Chiefs. Pretty neat for a tryout player to get the jersey (assuming they don't make the team, which is even neater).

1. The Chiefs had eight draft picks on the field, along with 13 undrafted free agents, 36 tryout players and another eight first year players. The practice was light, with lots of instructional time slotted in.

2. Watching practice from the sidelines was GM John Dorsey, who wore shorts and a Chiefs sweatshirt, and Mayor Sly James, who wore a red hat, red shirt and a suit coat. 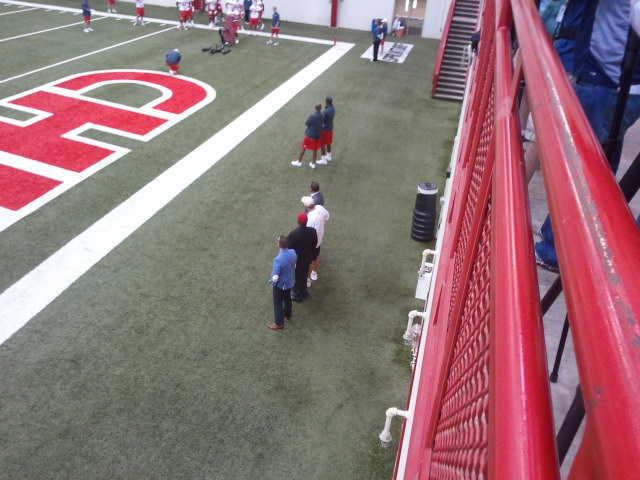 3. Tyler Bray had a nice deep ball down the right sideline to receiver Robby Toma, who pulled it in as he fell to the ground. Bray also went deep to receiver Darryl Stonum, who had to slow up slightly but did make the catch. After one practice I can report Bray likes to go deep. It was just light practice stuff but he does enjoy flinging it. Bray found receiver Kendal Thompkins for a nice catch along the left sideline, balancing himself to stay in bounds.

4. Funny seeing running back Knile Davis lined up as a receiver on the outside at one point. I don't expect to see that very often.

I can report Bray likes to go deep.

5. Running back Jordan Roberts limped off the field midway through the practice, but it was just a cramp.

6. Demetrius Harris, the basketball player turned football player, had arguably the catch of the day. On a route across the middle, he caught a cannon of a pass (from Dayne Crist!) across the middle, barely pulling it in on his fingertips. And then since it was no-tackle he ran all the way to the end zone.

7. Harris said he hasn't played football in four years. They just had wristbands to call plays in college so one of his early challenges is getting to know the playbook, which he said was like translating something from Chinese. 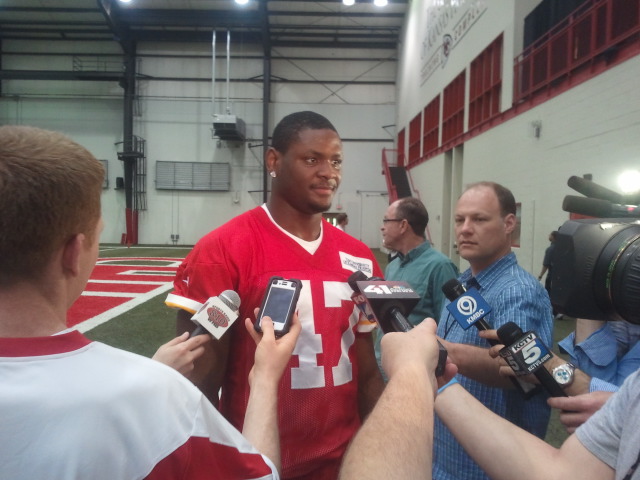 8. Bray fumbled it on back-to-back plays. One was a muffed handoff to Knile Davis and another was a botched snap with the center.

9. I really liked what I saw from Travis Kelce. His pass catching skills really shine in an environment like this. I liked how soft his hands looked. The ball fit right in there.

10. Linebacker Josh Martin with the easy dropped interception of the day.

12. Credit to Sean Keeler of Fox Sports for noticing this, but the practice dummy the lineman used had a jersey on it. It was No. 74. That's Eric Winston's old number. (Yes, I'm reading way too much into that but whatever.)