Would you rather Alex Smith or Philip Rivers running your team?

Years ago this question would be laughable. Now? Not so much.

Share All sharing options for: Would you rather Alex Smith or Philip Rivers running your team?

Like all of you, I spend way too much time thinking about the future fortunes of the Kansas City Chiefs.

How many yards will Jamaal Charles run for this year? Will Sean Smith work out? Does Arrowhead Stadium have a playoff game in its immediate future?

Then today, I got to thinking about Alex Smith and where he stands relative to the AFC quarterbacks. When I got to the San Diego Chargers, I started pondering...would I rather have Smith or Philip Rivers?

Now it's your turn to think about it for however long it takes, while I go into a diatribe about the situation.

From a doubter to a believer 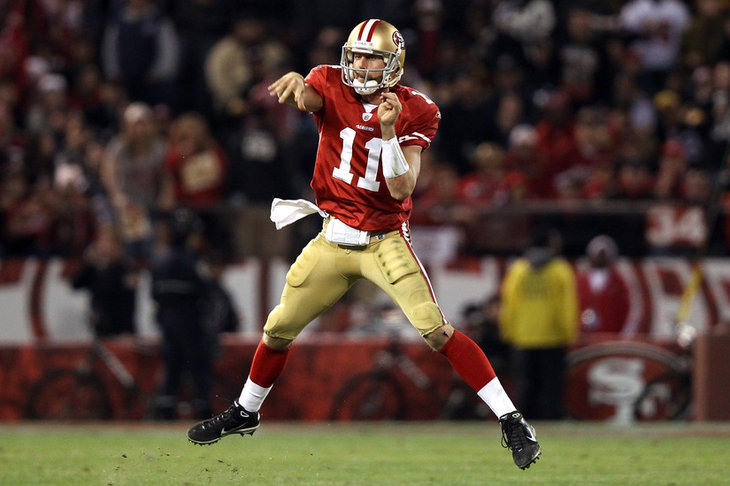 Smith is 29 years old and is coming off the two best years of his career. With the San Francisco 49ers, Smith looked the part of a bust before Jim Harbaugh got his hands on him and turned Smith into a solid player.

Over the past two seasons, all Smith did was lead the 49ers to the NFC Championship Game in 2011 and had them well on their way in 2012 before getting hurt and ultimately benched in favor of Colin Kaepernick.

Smith was leading the league in completion percentage (70.2) at the time he suffered a concussion last year and had thrown 13 touchdowns compared to five interceptions. Smith was also averaging 7.97 yards per attempt, ranking him fourth in the NFL.

Now, nobody is trying to say Smith is elite. He's not. Smith is a guy who can make plays occasionally and has the ability to play good football. He also has proved he can win, something recent quarterback's in Kansas City can't say.

As for Rivers, he's 31 years old and looked like a future Hall of Fame candidate for his first five years (that he played). In the time between 2006-10, Rivers tossed 135 touchdowns and 57 interceptions while leading the Chargers to the playoffs with regularity.

How to 'fix' Philip Rivers 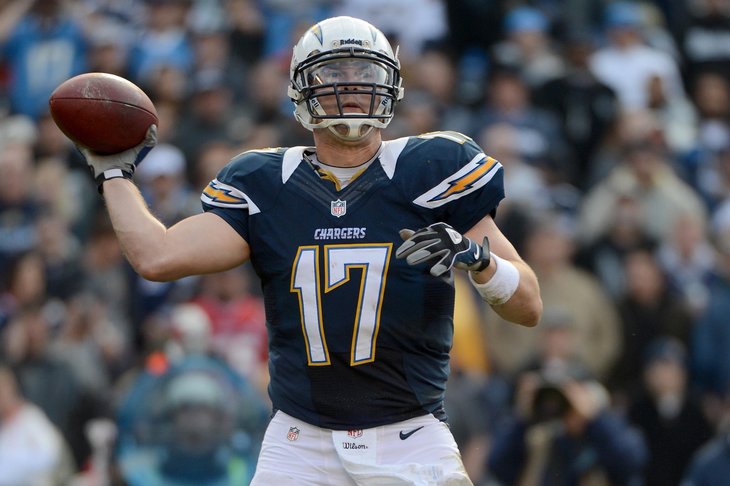 Once, Rivers even guided San Diego to the AFC Championship against the New England Patriots and played with a torn ACL. However, he would never get to that point again.

In the past two seasons, Rivers has been a model of inconsistency. With his team beginning to erode around him, Rivers had thrown a robust 53 touchdowns, but also 35 interceptions and missed the postseason both years.

He also averaged only 6.85 yards per attempt, ranking him 20th in the league. Right behind Jake Locker.

After always hitting the 65 percent completion rate, Rivers has fallen short in 2011 and 2012, with marks of 62.9 and 64.1 respectively. Not bad by any means, but not the stats he was putting up.

Rivers used to be considered one of the best. Granted, the supporting cast isn't as good, but he hasn't helped the cause by forcing throws and pouting.

Overall, I'd take Smith over Rivers. He's a few years younger, acts much more professionally, and has had more success in recent years.

On top of that, Smith is getting to play under quarterback guru Andy Reid now. Rivers had offensive mastermind Norv Turner for years and now has an unproven commodity in Mike McCoy.

Rivers was a great player, but those glimpses have been few and far between recently. Smith is on the upswing, looking like a guy who's improving daily.

What did Tyler Bray say today?