No position boasts more talent on the Chiefs roster, but can it lift the rest of the defense to new levels?

In the second edition of our series in breaking down each position on the Kansas City Chiefs roster, we go to the defensive side of the ball and take a look at the linebackers.

Without question, this is the most talented group on the Chiefs. It's hard for any other position to even make a case, considering Kansas City had three pro bowlers last season from its linebackers in Derrick Johnson, Tamba Hali and Justin Houston. 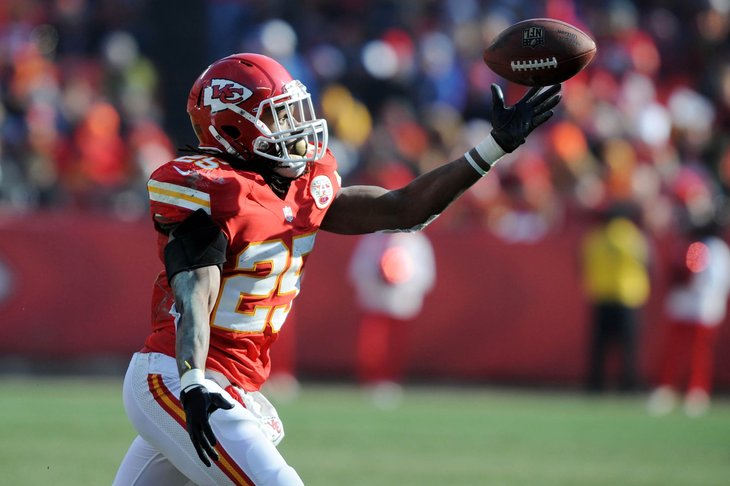 However, the team has a important hole to fill with the late Jovan Belcher gone. Alongside Johnson, the Chiefs need to find a compliment inside. Could the immediate and long-term answer be Nico Johnson, or is it somebody else lurking on the roster?

Let's go ahead and take an in-depth look:

We covered this a little bit in the intro, but Kansas City has three of the four starting jobs locked up in Hali and Houston on the outside, and Johnson at one of the inside spots.

Few teams can claim to have a better tandem rushing the passer than the Chiefs with Hali and Houston screaming around the opposing offensive tackles. Even after a "down" year of nine sacks, the 29-year-old Hali is one of the best pass rushers in football who commands awareness from the other team at all times.

With the emergence of Houston, teams have to make a decision on which tackle is getting help from the tight end or running back. That's a nice advantage for Kansas City.

On the interior, Derrick Johnson is for my money the best inside linebacker in football. Nobody is better in short-yardage or coverage. I can only hope new defensive coordinator Bob Sutton lets him blitz occasionally because he's an animal.

Next to him, I would imagine Nico Johnson will have the first crack at starting. Akeem Jordan and Zac Diles will also have an opportunity, but I'm sure the coaching staff wants to see the rookie in there from day one.

Houston and Hali to record 20+ sacks. With the promised scheme of Sutton, the defense is going to be much more aggressive this season. I believe Hali will bounce back with a renewed purpose, and Houston is only going to get better.

If the rest of the defense can combine for even 15 sacks, this could be the biggest area of improvement defensively for a team that last season played on it's heels constantly.

The same as the running backs: Depth. The Chiefs are not the deepest team in the world at linebacker. If Diles, Jordan and Frank Zombo start seeing a lot of time on the field apart from special teams, this could become a total nightmare.

On the outside, Andy Studebaker was handed his walking papers. Without Studebaker, it's hard to say Kansas City has any kind of serviceable depth at that spot. I'm not saying Studebaker was great, but in a pinch he could play.

Kansas City will once again send three players from the linebacking core to the pro bowl. None have an injury history, so hopefully that holds true once again. On top of that, all are still relatively young. I can't see a total free-fall statistically for Hali or Johnson.

However, I think the other inside spot could be an issue of large proportions. Nico Johnson was a fourth round pick for a reason. He seems to have ability, but let's not pretend he went No. 1 overall. He's going to take some time developing.

Check out this sweet Chiefs car