The Kansas City Chiefs three-day rookie minicamp begins on Friday afternoon and ends on Sunday. The Chiefs rookies will be in attendance to begin their first official on-field work with the team. Use this as your primer for what's going on this weekend.

Share All sharing options for: Kansas City Chiefs rookie minicamp: Schedule, roster, what to watch for

I'll be attending a couple of these practices. Barring any schedule changes, Andy Reid should be speaking to the media on Friday and Sunday while other players will be speaking each day.

Is this a practice?

It's a practice. Here's what the CBA says of the "Rookie football development program":

Each Club may hold a Rookie football development program for a period of seven weeks, com­mencing on or about May 16. During this period, no mandatory or voluntary activities can be held on weekends, with the exception of the Club's one post-Draft Rookie Mini­camp, which at the Club's election may be conducted on either the first or second weekend following the College Draft. Players may only participate in Club activities for a maximum of ten hours per day. 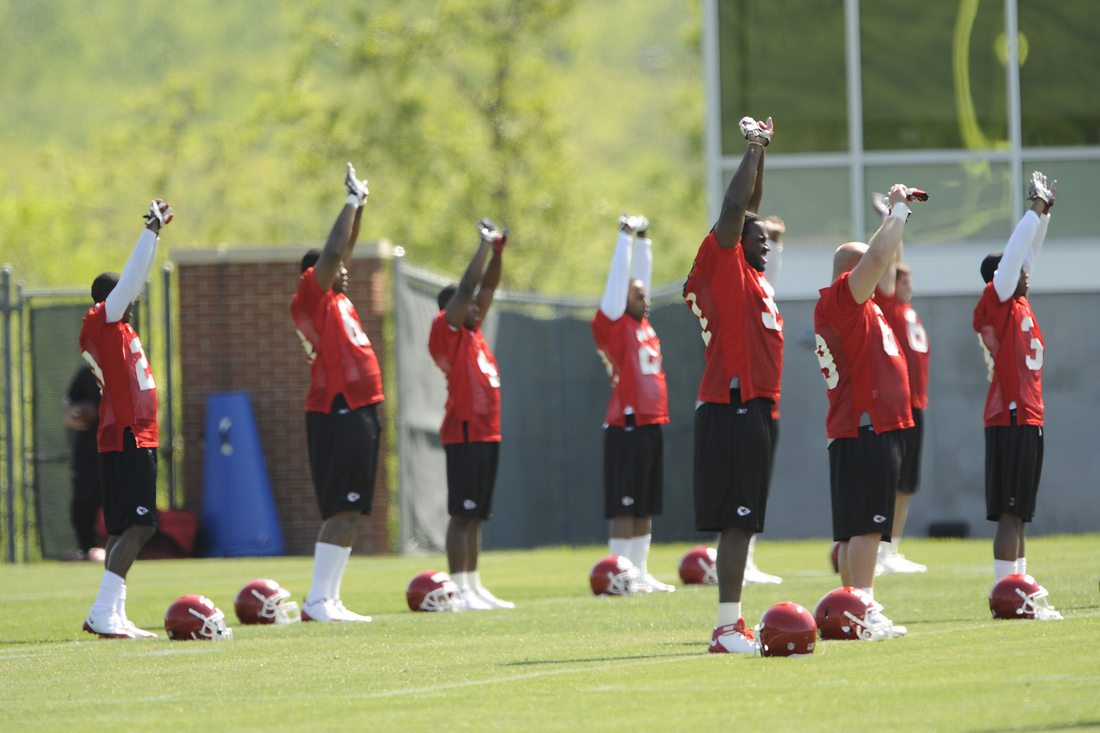 Who is going this weekend?

57 players that we know of.

36 tryout players, the names of which we don't know (yet). We've compiled an unofficial list of invites here.

There could also be other first or second year players there. That we don't know either.

Update: The KC Star has the full list of tryout players.

Also: Trent Green, Brodie Croyle and Damon Huard will NOT be there. Neither will that other blurry guy in the back (well, probably not). 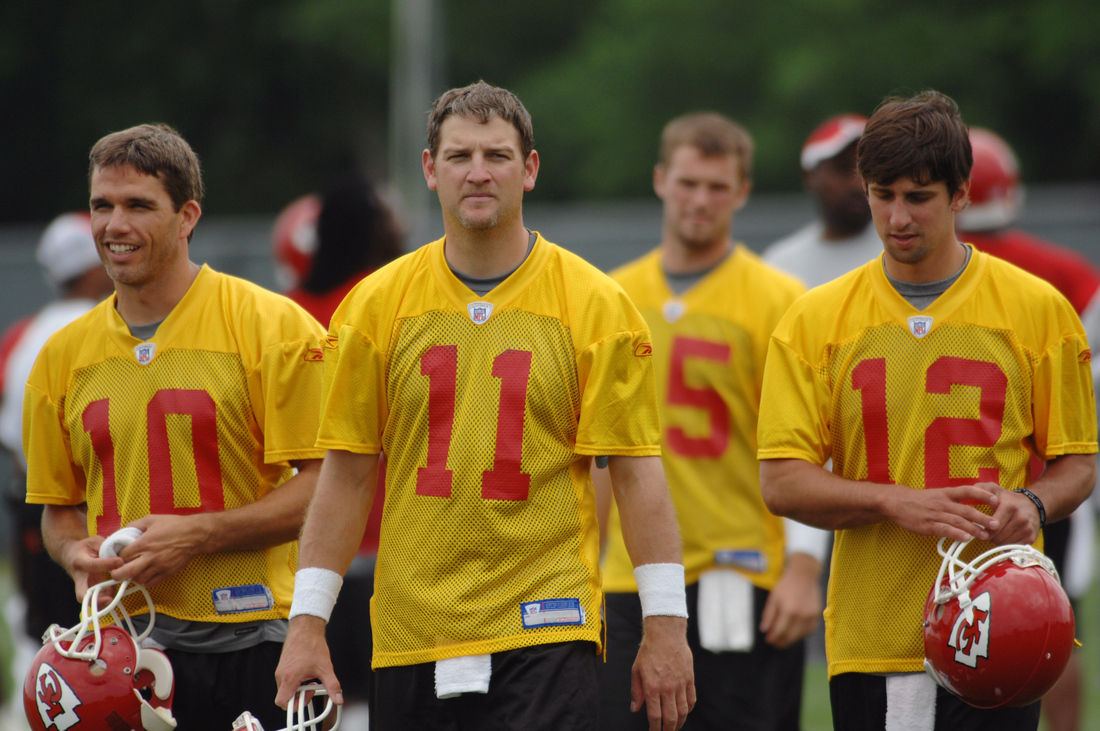 What to watch for

Left or right side for Eric Fisher. Considering the vets aren't there, this doesn't really matter. Branden Albert, Donald Stephenson and the gang will have an impact on where Fisher plays. But I am curious whether he lines up on the right or left side.

Ahh ... it's been months since we've been able to overreact about where a player lines up. It'll feel nice!

Which undrafted free agent makes the team. Multiple players? Just one? None? It varies from year to year. There are 13 undrafted guys and 36 more tryout guys. How many of those 49 make the roster?

Getting a look at Tyler Bray. Can he beat out Ricky Stanzi? (Only in KC is one of the top position battles for the third quarterback spot.) We're a ways from seeing if Bray is anything more than a camp arm but he did enough in college to leave us intrigued. He was sought after and had options after the draft but chose the Chiefs, likely because of Andy Reid.

Where Sanders Commings lines up. Safety or corner. Could be both. Opinions are split on which one he'll play. 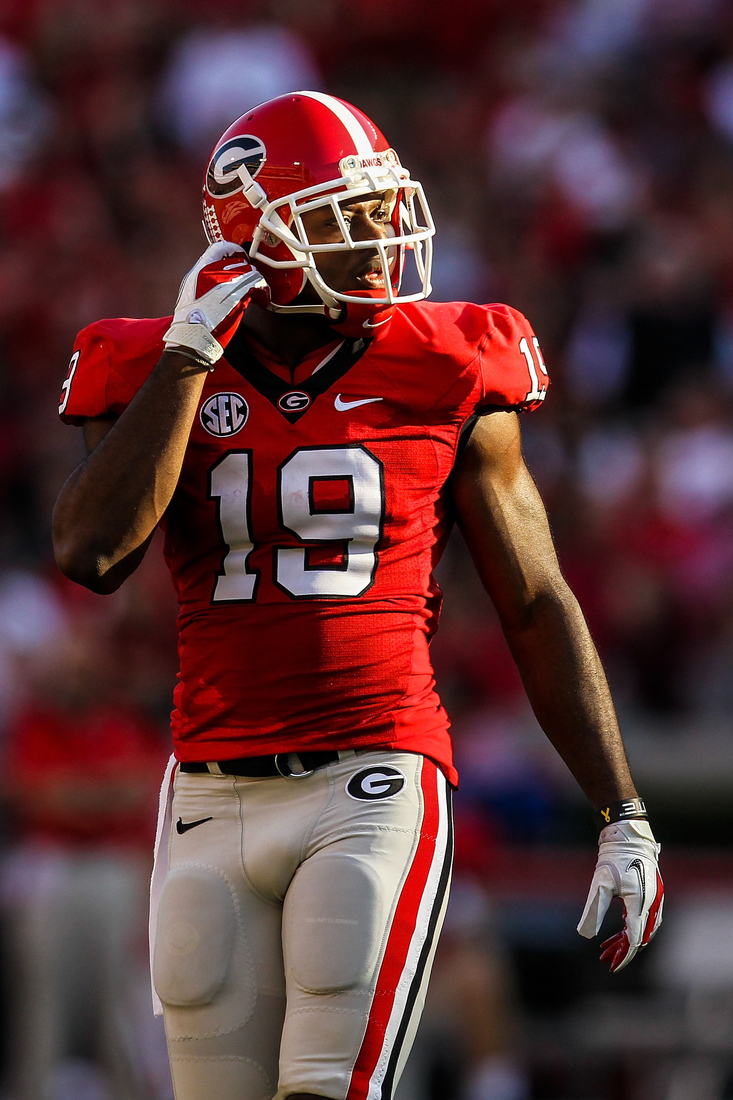 The name 'Arrowhead' is just right