The 2013 Arrowhead Pride NFL mock draft continues. AP user cmac87 is representing the Miami Dolphins with the No. 12 overall pick...

This is not an easy pick at this point because the Dolphins have a large number of holes on both sides of the ball. As we all know they have a young QB with potential in Ryan Tannehill and now a pretty solid WR core with Brian Hartline signing and the acquisition of Mike Wallace.

Most of us also know that they have had talks with our beloved KC Chiefs Brandon Albert to protect Tannehill since they lost their starting LT Jake Long to the Rams. For this draft I have to assume that is not going to happen in which case they need the best available O-lineman. 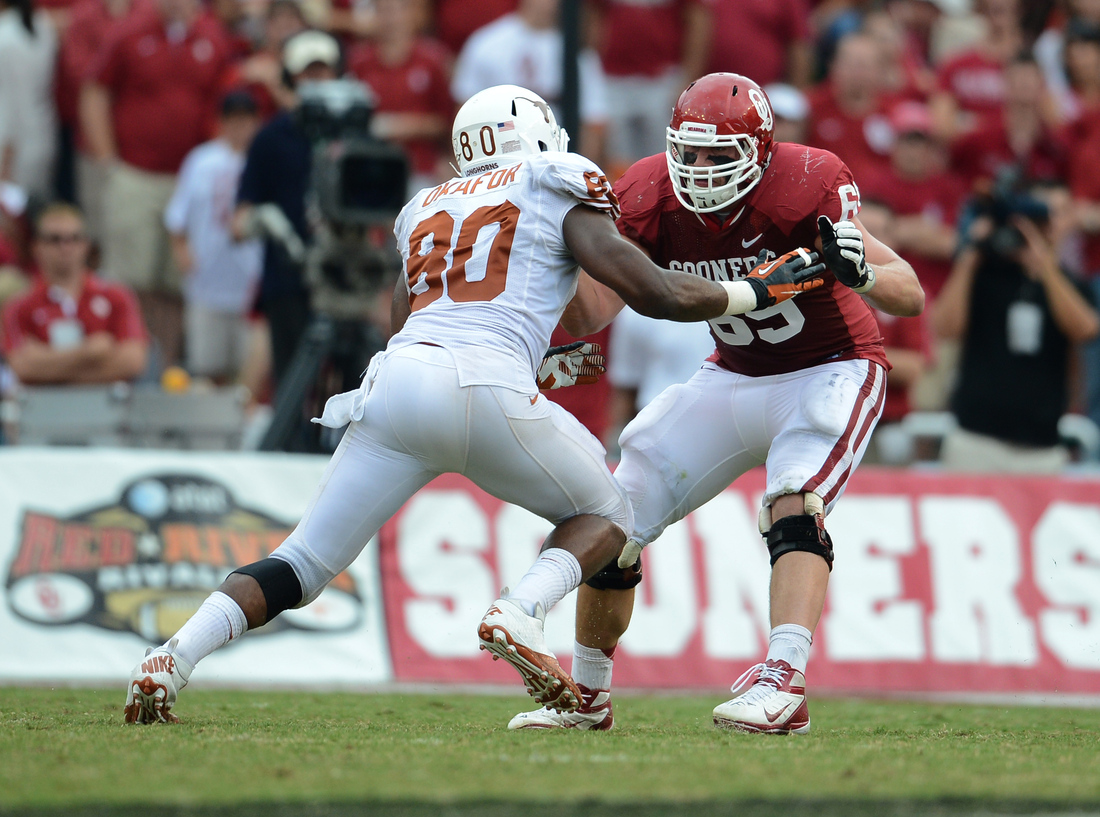 Lane has a tremendous amount of upside potential and with some proper coaching he could lock down their left side for the next 10 years. They need all the protection they can get if they want Tannehill to develop like he should. They have a lot of needs to address but with this pick Lane Johnson is the best available player and would fit right in with the Dolphins.