Kansas City Chiefs players have been spotted at Lee's Summit High School in Kansas City. Several Twitter reports -- pics included! -- place multiple Chiefs players at the high school this morning, apparently working out. The Chiefs local pro day at Arrowhead was supposed to be sometime this week, so perhaps that's what's going on at Arrowhead. Or maybe the too-long-for-me-to-actually-read CBA prevents them from working out. See below for the sightings of the Chiefs players today.

Share All sharing options for: Ricky Stanzi and some Chiefs players worked out at a local high school today

The Chiefs are on the field

Chiefs players on our field <3

Chiefs players on our field no biggie

So badass that the chiefs are at our school #chiefsnation

Chiefs on our field? It would prolly be a good game #chiefssuck

Chiefs players were practicing on our field today. So cute. To bad they suck.

Guys look the chiefs are practicing at our school twitter.com/elithegirlway/… 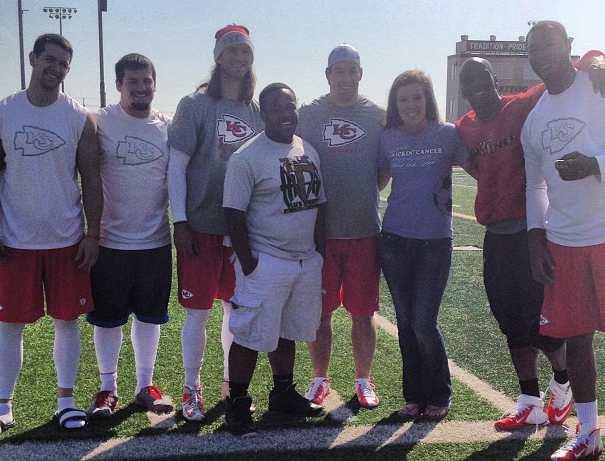 Update: Named! H/T 58 was my friend for the photo work 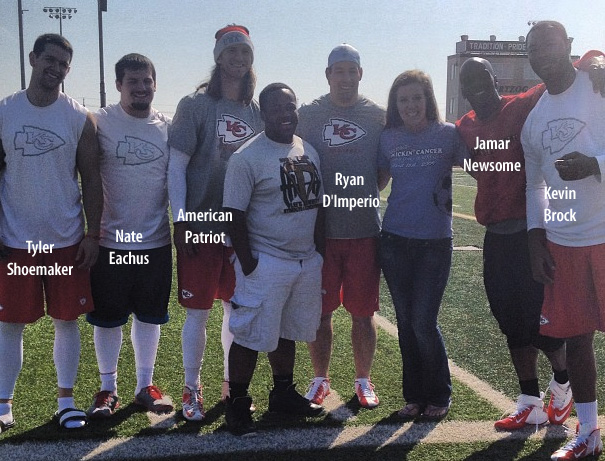 Which AFC West player would you take?

Round 1 of the SB Nation mock draft