You know what's great about having the No. 1 pick? Everyone's always talking about your team. Dan Kadar from Mocking The Draft held an NFL Draft Q&A and there were plenty of Kansas City Chiefs questions. I pulled out all the Chiefs questions from the Q&A -- you can read the full thing here -- and put them below.

severn58: Who's better, Joeckel or Fisher?

They're very close. In fact, to give you a sneak peek at our final rankings update for this year, it's going to be 1. Joeckel, 2. Lotulelei, 3. Warmack, 4. Fisher.

The two left tackles are really, really close. Joeckel is better right now, Fisher may be the better player in three or four years. That's why I have Joeckel higher. He's just so precise with his technique. While I don't think either will be someone like Joe Thomas, both will be very good in the NFL.

It only happens if they're enamored with one of those players on defense. I want to see how connected they get with someone like Star Lotulelei. Or how serious they are with Dion Jordan. I think we'll hear a little more on Lotulelei because he's going through health rechecks in Indianapolis this week.

The Chiefs are doing a really good job of making everyone think they're interested in all these different players.

Chiefs options at No. 1 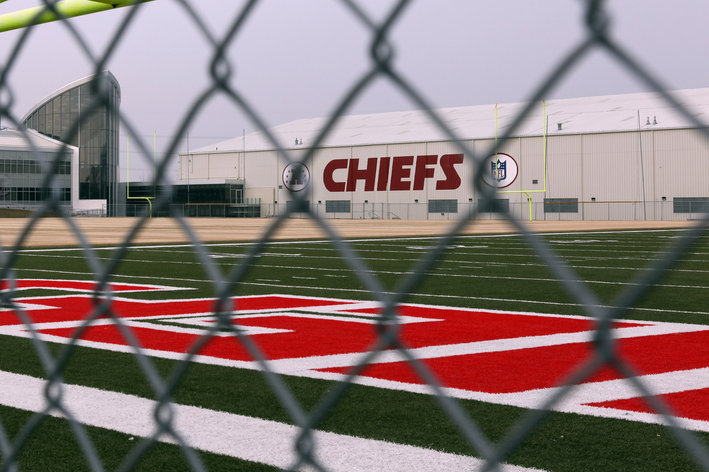 I bet they'd love to move out of the first pick in the draft. With all the veteran quarterback movement, I don't think they'll be able to now.

Before, it looked like Arizona and Buffalo could be after the top pick to get Geno Smith. Then that would possibly force Jacksonville's hand if they really wanted Smith, they'd have to trade up. With Carson Palmer in Arizona, they're not going after a quarterback this year. I know they're working out Matt Barkley, but he's not a first round player. Buffalo got Kevin Kolb. While that doesn't automatically rule out a quarterback in the first round, I don't think they'll press to get Geno Smith. Jacksonville can now just let him drop to them, if they wanted.

So to concisely answer your question, it's highly unlikely they can trade the pick.

Slim, unless they trade out (which is also slim). Since the Alex Smith deal, we've had them going for Luke Joeckel every time - regardless of how much Arrowhead Pride fans rip it. :) Between now and April 25, I want to try and figure out who they like better between Joeckel and Fisher.

Ben Martin: What teams do you think have a legitimate interest in trading up to the #1 overrall spot? And given the talent pool this year, what do you think would be reasonable compensation for each of those teams?

With the quarterback moves, I don't see any team moving up to No. 1. If a top five team wants No. 1, the Chiefs might not get much more than an extra third round pick back. Maybe if it's Buffalo or Arizona, they could get a second.

kc571: 3 years from now... Which QB will be the one that GMs will wished that took a chance on?

Depends on where they go, of course. In the right system, Matt Barkley could be that player. But everything with Barkley has to be just right for that to happen.

if you're more asking which quarterback I think has the best developmental potential compared to where he's going to be drafted, I say Tyler Bray. If he can put things together mentally, he'll catch up to his arm talent.