Chiefs No. 1 pick: Luke Joeckel, Dion Jordan and others KC should be considering

Who will it be? The guessing game on the KC Chiefs and the No. 1 pick continues. My current predictions for the Chiefs top pick in the 2013 NFL Draft are below.

Share All sharing options for: Chiefs No. 1 pick: Luke Joeckel, Dion Jordan and others KC should be considering

A couple of weeks ago, Kansas City Chiefs GM John Dorsey said that the team had narrowed their choice for the No. 1 pick in the 2013 NFL Draft to 8-10 players. A few days later it was 6-8 players. Earlier this week we learned it was four players.

Contrary to reports that #Chiefs are looking at 4 players with #1 pick, my sources say KC only looking at E. Fisher, L. Joeckel & D. Jordan.

Of course, those weren't random "reports" the Chiefs are looking at four players ... that came straight from GM John Dorsey. Lande is one of a handful of folks who will report that the Chiefs have narrowed their choice to X number of players between now and the draft. Someone else will have another report next week saying the Chiefs are interested in different players, so don't get too caught up in what's said in the first week of April.

But this is a good jumping off point for what I have below. I started ranking who I think the potential selections are for the No. 1 pick. The listing above of Joeckel, Fisher and Jordan make as much sense as any of them right now. Those are my top three picks right now, although I really only feel especially confident about the left tackles. As usual, this list is subject to change.

Duh. Ever since Eric Winston was cut and the Chiefs started making it clear that Branden Albert was on the trade block, this has been the pick. If the Albert trade does go down, you can make this pick in ink because that would severely limit the Chiefs options with the top pick. Even without an Albert trade, this should be the pick. The Alex Smith trade showed the Chiefs wanting to go the safe route. With the No. 1 pick, the top left tackle is the safe route.

Without going all Tyson-Jackson-in-2009 on you, pick someone at the top who you know isn't going to bust. I don't think Joeckel will bust. But is he the best option for the Chiefs?

Why he's the pick: Safest pick at a (potential) position of need.

Why he's not the pick: Chiefs keep Albert, draft a front seven defender. 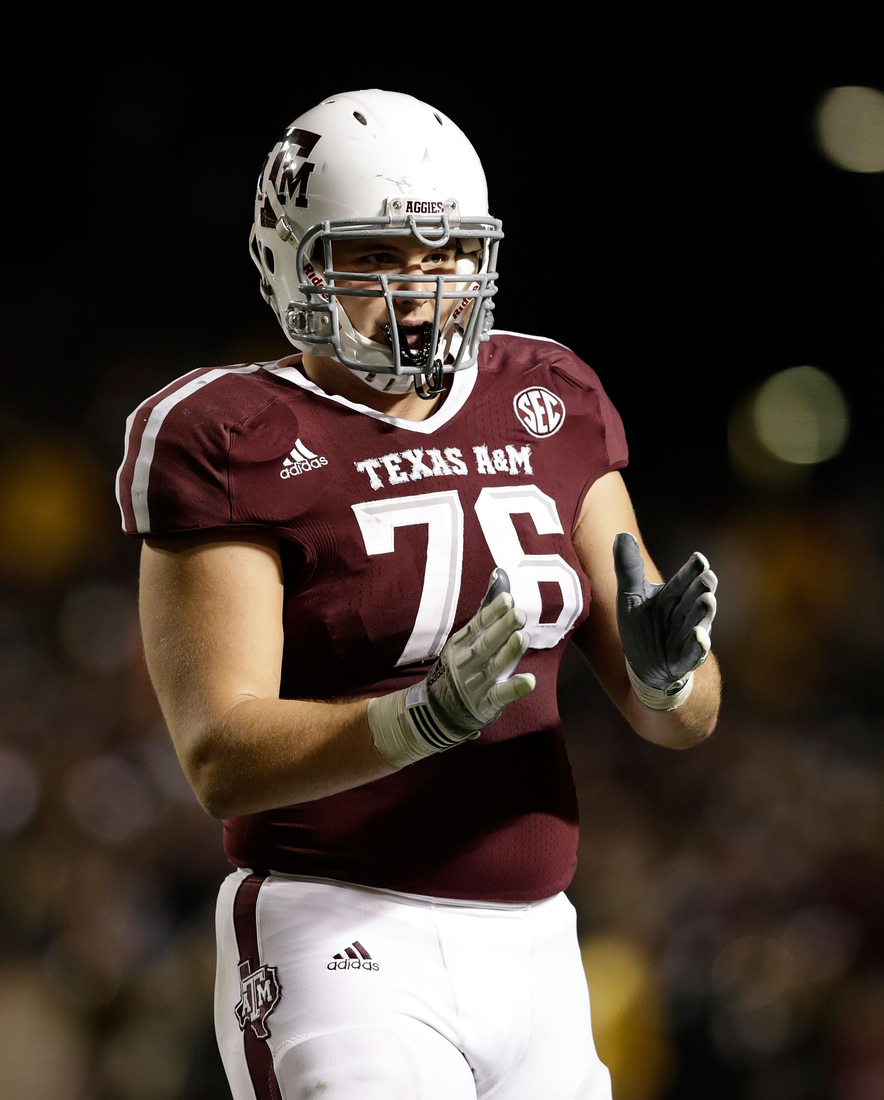 Maybe the top left tackle is a matter of preference. Everyone knows I'm not a scout so I won't lie to you and say I've had Central Michigan tape on. I haven't (and I won't). But plenty of smart people that I trust say Joeckel over Fisher is not a slam dunk. Joeckel's floor is higher, meaning he's polished and he's ready to play now. 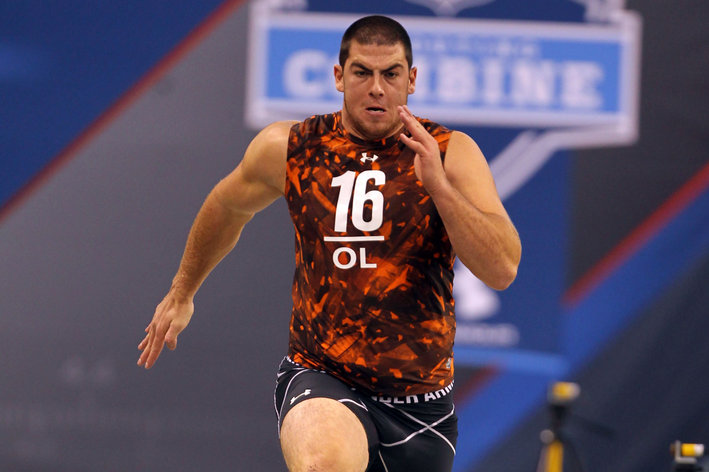 (via National Football Post)
AFC GM on Joeckel: "His angles are so good. Everything is perfect with him. He's technically smooth. He's incredibly instinctive, and sometimes that passes people by."
NFC GM on Fisher: "Because of his athleticism, he has more upside. If you want upside, you take Fisher."

The same is true of Fisher, but it's believed that his athleticism brings more upside to the table. Of course, "upside" is usually another way to say unrealized potential ... as in he hasn't done it yet. Compared to Joeckel, Fisher has question marks on the level of competition he played, too.

Honestly, I'm not too concerned about Joeckel vs. Fisher. Left tackles picked near the top of the draft don't bust very often, they're usually pretty damn good. People can point to former No. 1 pick Jake Long and, yeah, he left the Dolphins within five years ... but he went to four Pro Bowls in his time there. It's not like the dude was a bust.

Contact: The Chiefs worked Fisher out last week and met with him at the Combine in February.

Why he's the pick: More upside than Joeckel.

Why he's not the pick: Played again lesser competition in college.

With the No. 1 pick, you're looking at quarterbacks, left tackles and pass rushers. There are no quarterbacks, and we already covered the left tackles above, so this is your pass rusher. Jordan comes from Oregon and his best trait is that he can do a lot of things for you. His athleticism allows him to rush the passer and drop in coverage. He just looks and plays like a freak. How often do players like that come along? Chiefs defensive coordinator Bob Sutton could have a lot of fun with him. Sort of like the Jets at one point in time wanted to do with Vernon Gholston.

Of course, there's some risk involved here. Jordan had a shoulder injury which has prevented him from working out for portions of the pre-draft process. His body needs to fill out so he doesn't get that "tweener" label, and so that he can break off blocks in the NFL. Then there's the question of where exactly he would play on the defense -- are you taking Tamba Hali or Justin Houston off the field? Those things concern me. The upside is ridiculous with Jordan but I don't know if he's the type to come in and immediately take over ... and isn't that what you want with the No. 1 pick?

Contact: The Chiefs sent Andy Reid, John Dorsey and the entire defensive staff to Oregon to work him out last month.

Why he's the pick: The only thing more valuable than a quarterback is the guy who sacks the quarterback.

Why he's not the pick: Too many question marks about where he fits. 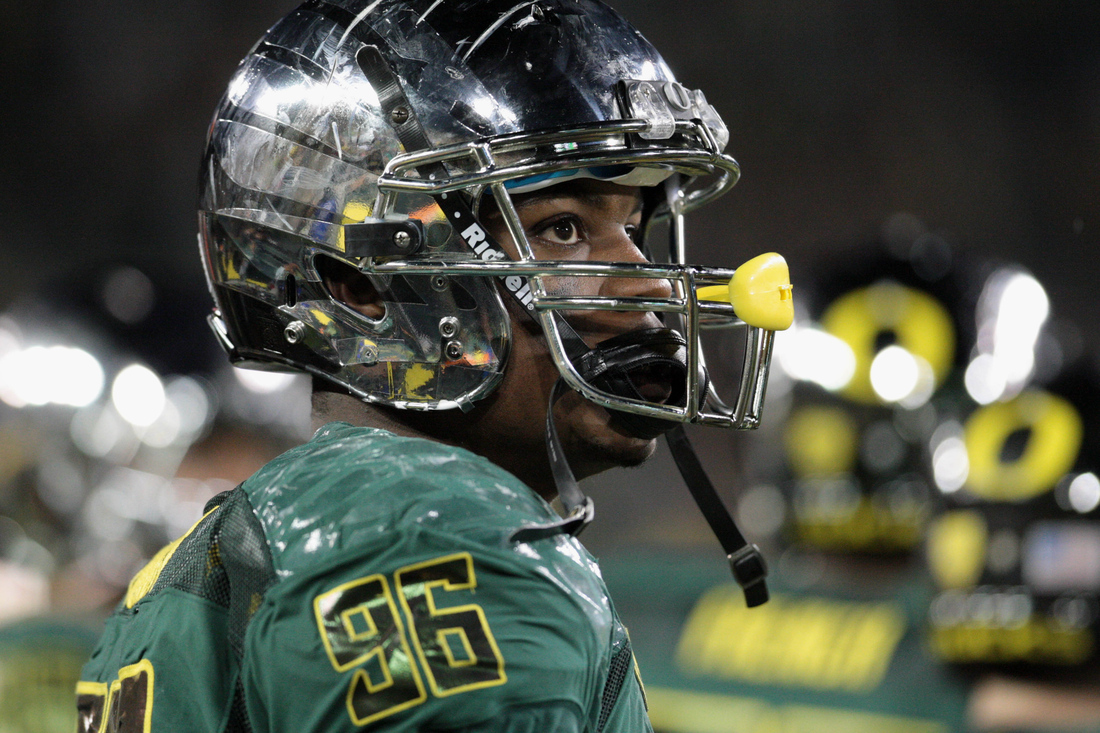 He has been cleared from a reported heart condition multiple times now, so he appears to be healthy. NFL teams will be able to make that determination on their own. I don't know why he's not sent to the Chiefs in mock drafts more often. Then again, could Chiefs fans stomach another 3-4 defensive end picked in the top five? Honestly, that would be tough. The Chiefs have publicized a lot of their workouts with draft prospects. They have not done so with Star.

And, oh by the way, the Godfather says...

Haven't added Lotulelei to any of my mocks. Won't until he's cleared by @nfl team doctors. Once he is, plugging him in at 17 to @steelers.

Why he's the pick: When in doubt, go with the best defensive lineman on the board.

Why he's not the pick: 3-4 defensive end in the top AGAIN! 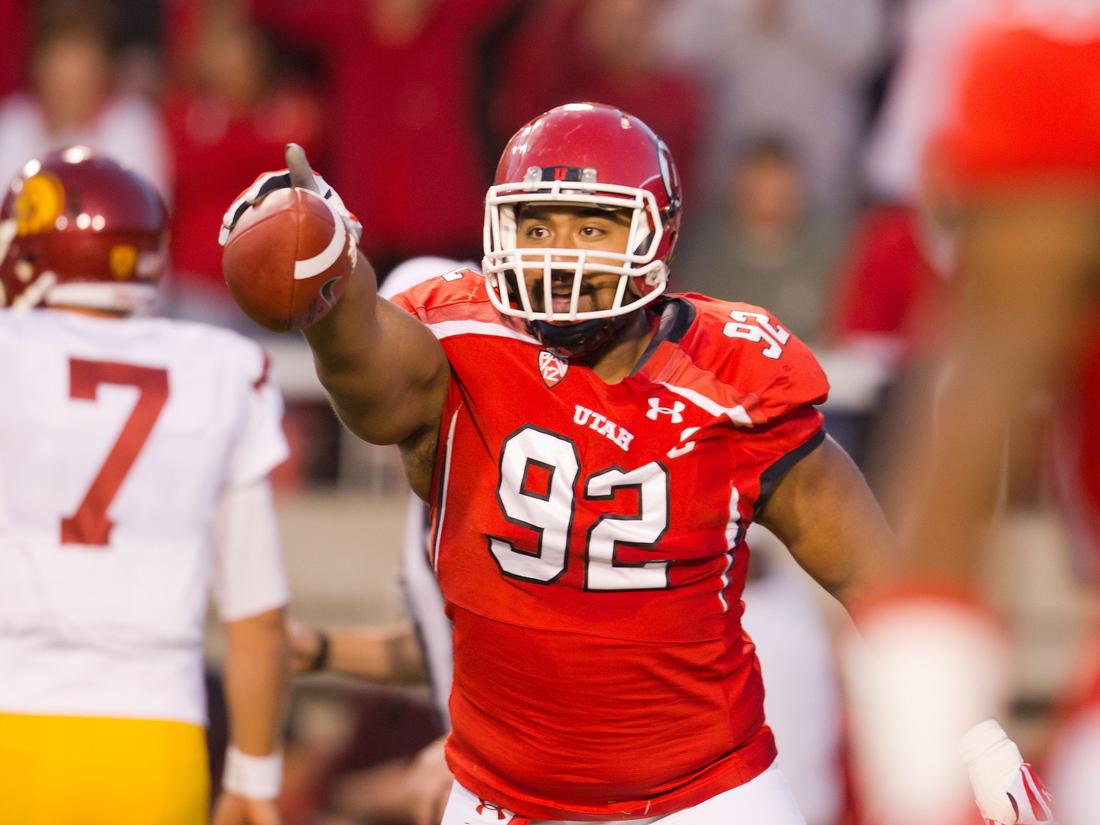 Floyd's background is pretty crazy. Read this piece from NFL.com, which puts it into perspective. His situation is similar to Star's. He would likely be lined up as a 3-4 defensive end in the Chiefs defense. That means you're taking Tyson Jackson, who just restructured his contract, off the field or Mike DeVito, who just signed a multi-year contract. .

Andy Reid's history shows defensive lineman is a strong possibility for the pick.

Why he's the pick: Arguably top defensive tackle who played against the best competition.

Why he's not the pick: Not clearly the best player. 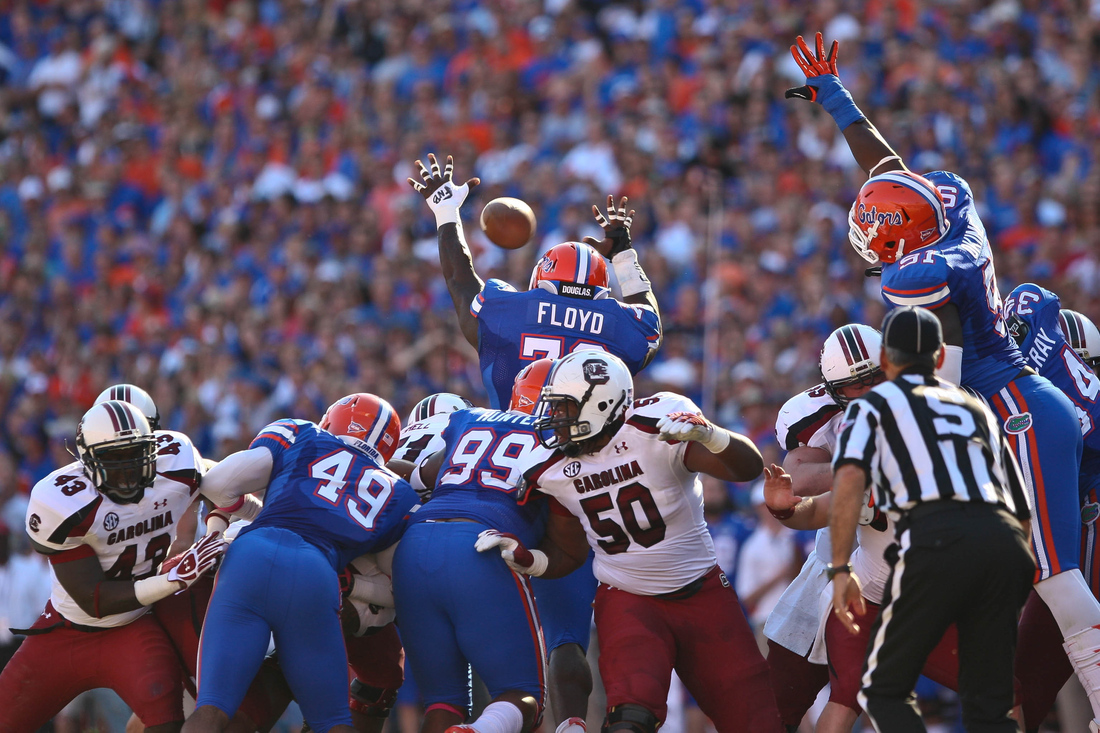 2. Georgia LB Jarvis Jones: Last September everyone would've said this guy is a sure-fire top 10 pick. Now? Not so fast my friend (H/T Lee Corso). The Chiefs would be interested in him as an eventual replacement to Tamba Hali. Pass rushers are extremely valuable so the positional value is there but his stock from September to now has fallen.

Going to drop Jarvis Jones out of first round. Not sure he's a first-round talent. #NFLDraft.

Maybe that's too far -- but it shows where Jones' stock is right now. He isn't going to be the top pick.

3. Oklahoma LT Lane Johnson: I can see him being a trade-down option. If the Chiefs can move back to the back of the top 10, he could be the pick. KC did meet with him at Oklahoma so he's on their radar. He's consistently been ranked the third offensive tackle in the draft behind Joeckel and Fisher.

4. BYU DE/LB Ziggy Ansah: Maybe there should be more buzz for him as the top pass rusher off the board? He's a solid player, but I'm just not sure he's dynamic enough to justify a top pick given the other options available. Jordan, for example, can do more in my opinion. The Chiefs GM and head coach traveled to BYU to work him out earlier this year.

Chiefs really, really want to trade the No. 1 pick