The Detroit Lions were somewhat of an enigma in the 2012 season. The prevailing thought for the modern day NFL can best be summed up by Buffalo Bills GM Buddy Nix in his (illegally) taped phone conversation, where he states "If you get [your quarterback], everything's easy."

Well, fans of the Detroit Lions may argue with that statement. They have their franchise quarterback in Matthew Stafford, an exceptionally talented young QB whose promising future is questioned by no one (he has averaged just over 5,000 yards the past two seasons... what Chiefs fans would give for that kind of production). They also happen to have the best WR in the league in Calvin Johnson, who just set the single season record for receiving yards by a wide receiver this past season. In fact they finished second in the league in total passing offense. They also have arguably the most dominant interior defensive line in all of football with Ndamukong Suh and Nick Fairley.

And despite all of that, they ended the year with a paltry 4-12 record. How is that possible?

There are a couple obvious answers to this question.

The options at No. 5 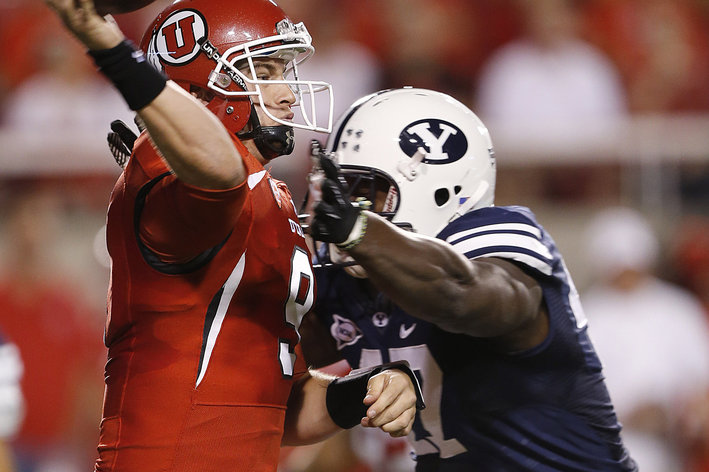 Luke Joeckel- Somewhat of a pipe dream for Lions fans, if he is available when you go on the clock at the five spot, this is a no-brainer.

Eric Fisher- Almost equally a no-brainer as Joeckel. Many even have him as the top OT in the draft (myself included). I think most fans would be thrilled with this selection if he makes it down that far.

Ezekiel Ansah- One of my personal favorite players in this upcoming draft. His skill set is still a bit raw, but he has only played football for a few short years and has nearly unlimited upside. Could be a beast of a DE for years to come.

Dee Millner- If for whatever reason all three of the above players are gone, Millner could very easily be the best option left available. He has a great combination of speed and strength, and his cover skills are impressive. The addition of Millner to this Lions secondary would make them a fearsome group.

First, their defense was the definition of a "break but don't bend" defense. While they finished 13th in the league in total yards allowed (ahead of the Super Bowl winning Baltimore Ravens defense), they finished a mere 27th in points allowed (below our lowly Chiefs), allowing 27.3 points per game. That is a lot for even the most potent offense to attempt to overcome.

Martin Mayhew and his staff have attempted to make the necessary corrections to ensure their defensive woes do not continue. They have been busy in free agency, re-signing the underrated CB Chris Houston as well as S Louis Delmas. They have also brought in free agent Glover Quinn from Houston, who plays the S position, but also has NFL experience at CB as well. The Detroit faithful have also informed me that they have three promising CBs on the roster that due to injury did not see the field much last year: Dwight Bentley, Chris Greenwood and Jonte Green (all drafted last year in the 3rd, 6th and 6th rounds respectively).

The pass rush for this team is still a major concern, with the loss of Cliff Avril to Seattle in free agency. They have picked up Jason Jones to help shore up their pass rush, but he is no Avril, and this team struggled with pass rush last year with Avril on the roster. A pass rusher (namely Ansah) was heavily considered for this pick, and will have to be addressed at some point in this upcoming draft.

The other glaring weakness of this team was its struggles with running the football. With a high flying passing attack that Detroit has with Stafford and Megatron, a certain amount of opportunity will inevitably present itself in the running game. Mikel Leshoure did okay for this team last year, but only just okay. His stats looked fine, totaling 798 yards and 9 TDs in just 14 games (he missed the first two games due to suspension), but they do not tell the whole story. This team was totally unable to enforce its will running the football. The importance of this cannot be overstated, as running the ball effectively and imposing your will on your opponent late game is essential in wearing down a defense and controlling the clock in the waning moments of a game.

The Lions made a big free agency signing to help this problem, locking up the dynamic Reggie Bush to a 4 year deal. The combination of Bush and Leshoure should be a formidable duo for this team, but not without a lot of push up front, as neither of these backs can get it done without room to run.

And unfortunately for the Lions, this off season has not been kind to their offensive line. The Lions 12 year veteran LT, Jeff Backus, retired from football this off season. Former first round pick and bruising RT Gosder Cherilus was lost to the Colts in free agency. And while the Lions still have last year's first round selection and second OT off the board, Reilly Reiff, on their roster, his potential is far from being realized. Most of Reiff's NFL experience from the 2012 season came in the form of extra support to the line as a blocking tight end, and when he filled in for Backus in the two games he was injured, Reiff did little to make the Lion's staff believe he is the answer for the LT position.

In short, this team needs a LT, and they could not be more thrilled with who has fallen to them. With the 5th pick in the 2013 Arrowhead Pride mock draft, the Detroit Lions select .... 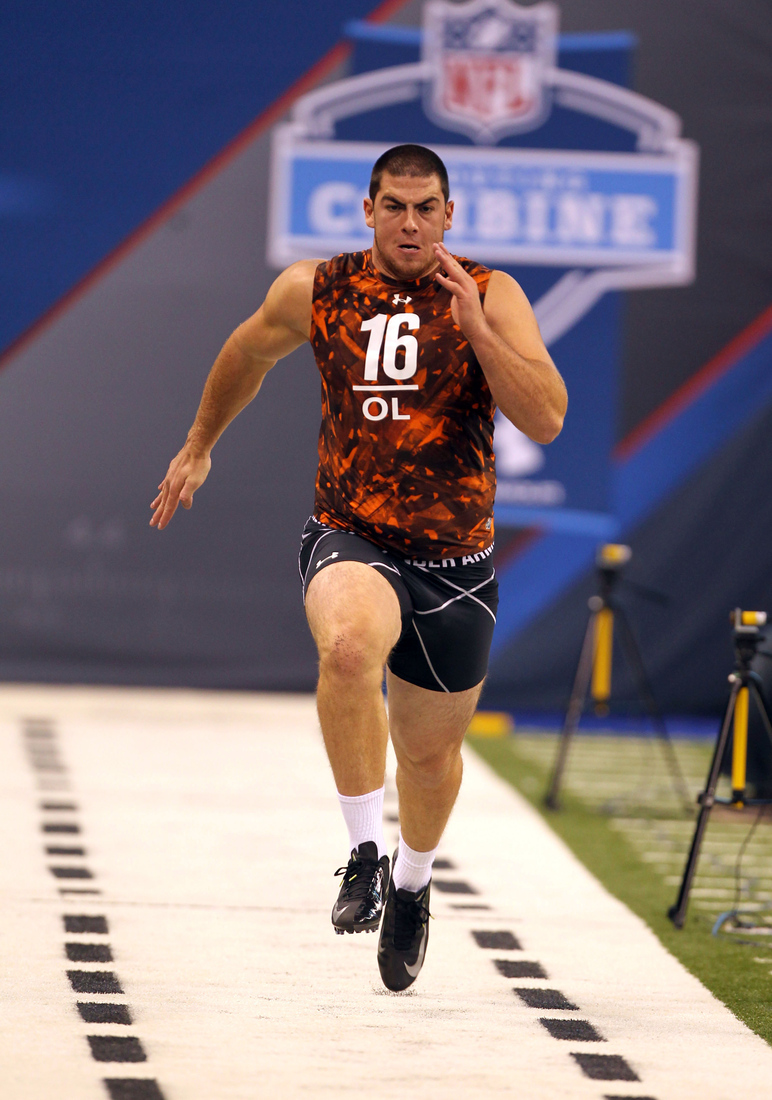