From OT Eric Fisher to TE Travis Kelce to RB Knile Davis to LB Nico Johnson to CB Sanders Commings, the Chiefs draft rolls on. The latest pick is Eric Kush, a center from California (PA).

With their sixth round pick (No. 170) the KC Chiefs select ... a center? Indeed, Eric Kush is a center out of California (PA). That's not exactly a football powerhouse so I imagine he was not on the radar of many Chiefs fans.

Center is an interesting position for the Chiefs right now. Rodney Hudson missed most of last season with a knee injury but as far as we know he is fine after participating in the Chiefs offseason program. Besides, a sixth round pick usually won't be replacing your second round pick from two years prior (usually). I'm curious to know more about Kush, and whether he can play multiple positions along the offensive line. Generally an interior offensive lineman picked this late can play multiple positions on the line.

The Chiefs 2013 draft rolls on. Eric Fisher was the No. 1 overall pick as many expected. He slides into either right or left tackle depending on what happens with Branden Albert. The Chiefs lost their second round pick in the Alex Smith trade. In the third round, they picked up one of the top tight ends in Travis Kelce, who is a good blocker and pass catch. Knile Davis, running back out of Arkansas, was the Chiefs other third round selection. He has an injury history but also lots of potential. Alabama linebacker Nico Johnson and Georgia cornerback Sanders Commings are both players as positions of need.

GM John Dorsey will address the media following the draft. 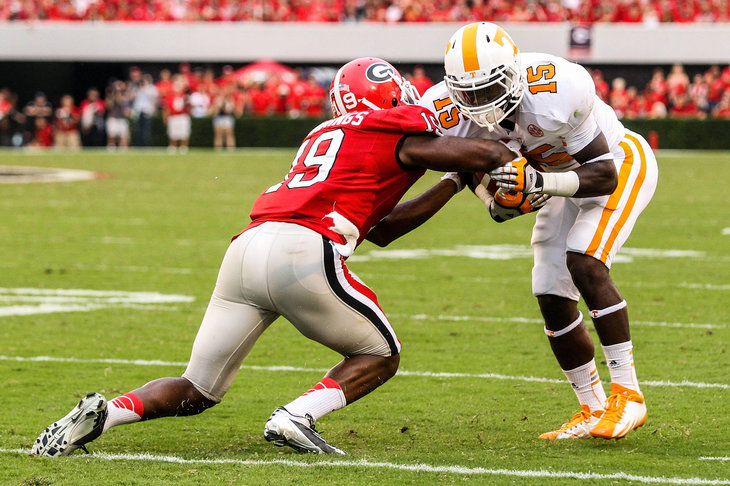 6th round picks on the Chiefs roster: