Eric Fisher wasn't widely thought of as a lock for the top three until the past couple of weeks. What happened between the end of his season and now that he ended up as the No. 1 pick?

Last year the Kansas City Chiefs were accused of falling for the 'ol workout warrior trick. Dontari Poe crushed it at the Combine but not all the scouting reports were as high on him as a prospect as his Combine numbers would suggest. The Chiefs selected him with the 11th pick anyway, and he turned in about what was expected of him his rookie season, a good season.

Eric Fisher's story isn't quite as dramatic as that but he was a player viewed as a fast riser coming into the 2013 NFL Draft. Before the Combine in late February, Fisher was not a consensus top five pick, let alone top 10 pick. Sometime over the last couple of weeks it became apparent that Fisher likely wouldn't get out of the top five, and probably not even the top three. 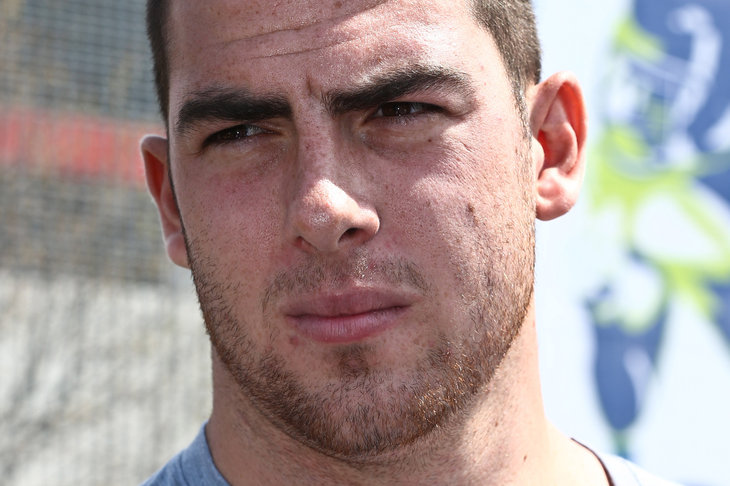 "I just think it was a better fit for us," Dorsey said of Fisher vs. Joeckel. "He has a capability of playing left tackle, a right tackle and can actually play guard inside. When you match that with a guy who might play left tackle - I'm not sure where he's (Joeckel) going to play in Jacksonville - I just felt very comfortable and secure with this player. I think there was a very big ceiling with him and that's why we went in that direction." -John Dorsey

So how do you go from someone who is viewed as a mid-to-late first round prospect in February, not play any games, and then emerge as the top pick in the draft in April?

Andy Reid said on Thursday night, after the Chiefs turned in their card, that Fisher was "right up there" on the Chiefs board before the Combine. This seems like a situation where the media was off on their projections early on. "The board moves, but he was up there pretty high," Reid said.

"I went down [to the Combine] as a pure business trip," Fisher said, "I wasn't playing different than I was at any other time. It was more of a mindset that I'm here to take care of business and thisis all business for me, I'm going to come out on top when I leave this place."

"I went down [to the Combine] as a pure business trip." -Eric Fisher

Dorsey said Fisher's game tape, the Combine, and workouts were all part of one big process but that Fisher's individual workout was one of the best he's seen in recent years.

I hope they got this one right.