Will the Chiefs trade Branden Albert to the Dolphins today?

The Kansas City Chiefs find themselves in an interesting position with Branden Albert. Will they be able to trade him to the Miami Dolphins before the second round of the 2013 NFL Draft?

Share All sharing options for: Will the Chiefs trade Branden Albert to the Dolphins today?

Let's start from the top. The KC Chiefs and Miami Dolphins were discussing a trade for left tackle Branden Albert. The decision was coming down to the Dolphins second round picks -- No. 42 or No. 54. The Dolphins, in the first round, traded away that 42nd pick to move up to the No. 3 pick. But they did NOT take an offensive tackle. They took pass rusher Dion Jordan.

So could a trade still happen? The talks will continue, GM John Dorsey said on Thursday night. 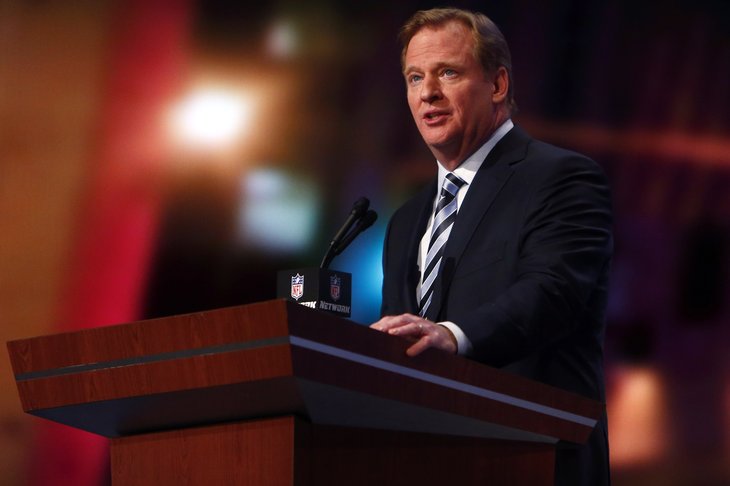 See the best available offensive linemen remaining. Could the Dolphins skip the Albert trade and select a tackle instead?

"I did talk to Jeff (Ireland) a little but after, I would say about an hour‐and‐a‐half ago (last night),we agreed to talk tomorrow and take it from there and see what happens," Dorsey said on Thursday night. "That's where it is."

As we enter day two, the Dolphins have the same need at left tackle as they have since Jake Long left. If they wanted Albert before the draft, then it would seem they really, really want him now.

On the flip side, the Dolphins pulled a power move, in a way, by trading away the 42nd pick. It's no longer an option. If the Dolphins are willing to part with the 54th pick, and the Chiefs are willing to accept that, that's the only way this trade gets done at this point. Unless of course the Chiefs drop their price (as they did once already).

"Would I make that trade if it was offered to me? I don't know." -John Dorsey

Would Dorsey take the 54th pick?

"Would I make that trade if it was offered to me?" Dorsey said. "I don't know, that's an unknown, until something happens I really don't know. Again as I've told you all along, I think Branden Albert is a hell of a football player."

Does a deal get done today?

Why did the Chiefs pick Eric Fisher? Reid and Dorsey explain