The first round of the 2013 NFL Draft is in the books and the KC Chiefs got a new offensive tackle -- Eric Fisher. Well, we should say a new offensive lineman. We don't know exactly where he will be playing yet.

Where will Eric Fisher, the KC Chiefs new offensive lineman be playing? Andy Reid says it doesn't matter, John Dorsey says it will work itself out and Fisher himself says, "I have no idea."

"I just want to play football," Fisher said. "I want to play; I want to help the team win a Super Bowl. Wherever I can help the team is where they'll put me and I'll be fine with that. I'm sure a lot of people will be able to help me learn a lot more about the game - technique and really just to improve everything about the game. Wherever they need me I'm willing to play." 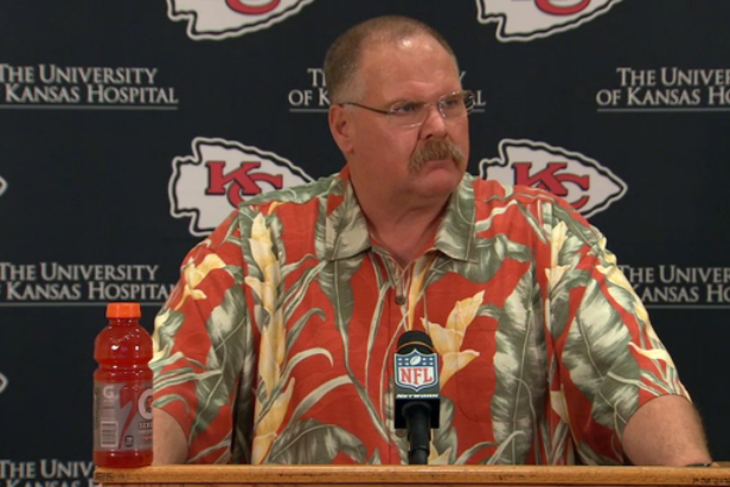 You're looking at two fine players. I'm not going to sit here and compare him -- obviously we felt strong about Eric. We liked his athletic ability and just his overall make-up. We just thought it'd be a good fit. So that's what we did." -Andy Reid

"I just think it was a better fit for us," Dorsey said of Fisher vs. Joeckel. "He has a capability of playing left tackle, a right tackle and can actually play guard inside. When you match that with a guy who might play left tackle - I'm not sure where he's (Joeckel) going to play in Jacksonville - I just felt very comfortable and secure with this player. I think there was a very big ceiling with him and that's why we went in that direction."

"He has a capability of playing a left tackle, a right tackle and can actually play guard inside." -John Dorsey

So that's an important note here on the Joeckel vs. Fisher debate. The Chiefs feel Fisher can play anywhere. They saw Joeckel as a left tackle. I do wonder though: If Albert had been traded before day one, would Joeckel have been the pick?

The Chiefs began leaning towards Fisher a few weeks ago. His private workout with KC was a key part of it, according to John Dorsey. 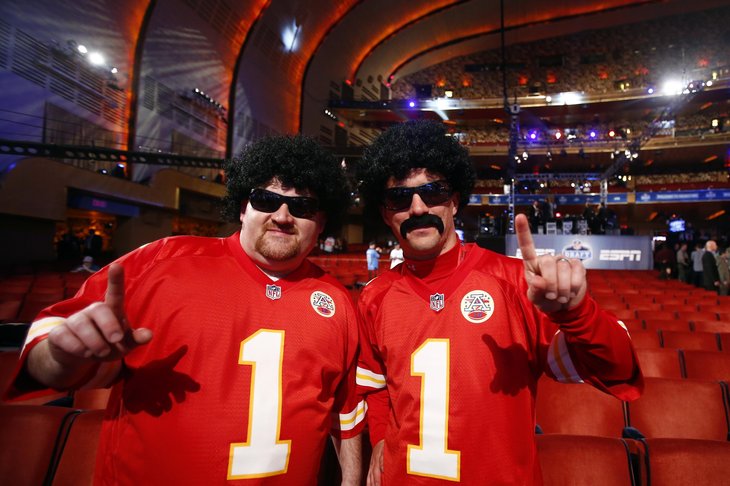 "It was kind of scary," Fisher told ESPN after the draft, "because they called and my phone went off or something and they called again. Thank God that call went through."

"It was a great workout," Fisher said. "I think I transitioned very well in the offense. I ran two offenses in college and both times going from a new offense I picked it up very fast. When I went down to the Senior Bowl, I had to learn Oakland's offense and I picked it up very well."

Fisher said there were a couple of "technique things" that Chiefs offensive line coach Andy Heck would like for him to work on. It's not clear what weight the Chiefs want for Fisher, who put on 75 pounds in college and now weighs 306, but he said they will advise him on that down the road.

"I don't think I'd have any problem playing at 315 or whatever is best for the system and whatever I'm comfortable with. I think that will work and I think obviously I'll probably put on a few pounds, I'm not exactly sure how many pounds, but they've got a great offense running down there and I'm sure Coach Reid and Coach Heck will take care of me and tell me what they want."

As the Chiefs say, he's an offensive lineman. And they'll roll with the best five.