The KC Chiefs made their choice on day one of the 2013 NFL Draft, selecting Central Michigan's Eric Fisher. On day two, they have two picks.

Share All sharing options for: Chiefs draft picks for round 2 and 3 of the 2013 NFL Draft

The KC Chiefs have two picks (at the moment) for the second day of the NFL Draft, which includes rounds two and three. Day two of the 2013 NFL Draft starts at 5:30 p.m. (Arrowhead Time) on Friday night but the Chiefs won't be picking for a while.

Here's a look at all the Chiefs remaining draft picks: 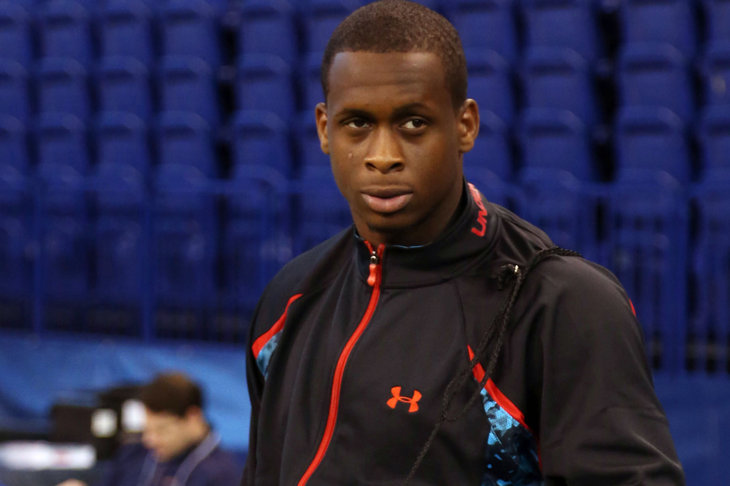 Among the best remaining players is ... Geno Smith.

The full seven round draft order for everyone can be seen here.

The latter of the Chiefs two second round picks can NOT be traded. It's a compensatory pick. So keep that in mind when figuring out potential trades for the Chiefs. They're limited in what they can do because that one can't be moved. That other third round pick is high in the round, the very first pick of the third round in fact. The Chiefs could package other picks and move back into the second round if they needed to. But they probably can't go very far.

Andy Reid explains why Fisher was the best player

The run down on Eric Fisher

Andy Reid wearing a Hawaiian shirt in the war room