The Miami Dolphins either just killed the trade talks with the Kansas City Chiefs or they made the decision a lot easier. One of the two.

The Miami Dolphins stunned us twice in the span of about one minute. First, they traded all the way up to the Oakland Raiders No. 3 overall pick, which was a surprise in and of itself. Most figured they were trading up for an offensive tackle as many had connected them to Luke Joecekl or Lane Johnson if they slipped in the draft. 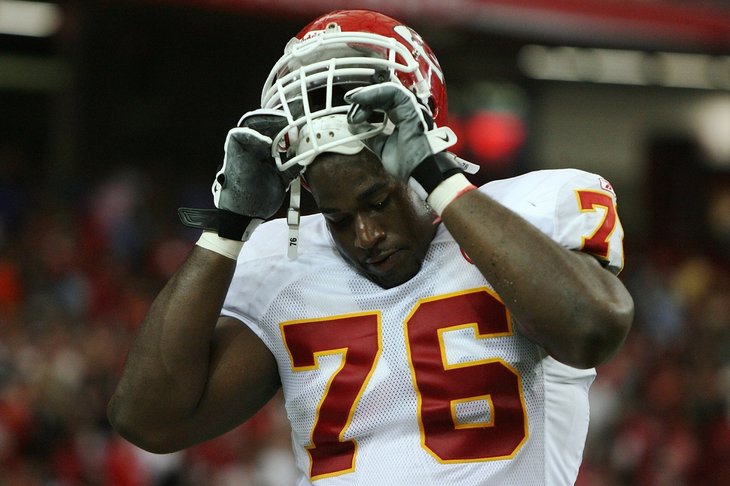 We asked Dolphins fans about possibly trading for Albert. They didn't like the idea very much.

But no, The Dolphins weren't done surprising. They selected Oregon's Dion Jordan. AND they gave up as part of their package to move up the No. 42 overall pick. The Dolphins had two second round picks and the negotiations with the Chiefs were thought to be over which one of those two picks the Dolphins would give up in an Albert trade.

Now that they've gotten rid of their No. 42 pick, this decision gets easier. If the Dolphins are still on board, the Chiefs can now trade Albert to Miami for the No. 54 overall pick. It's also possible the Chiefs play hardball, and refuse to do a trade for the No. 54 pick.

We don't know what will happen. Heck, we don't even have anyone on the record confirming the talks were about second round picks at all.

Multiple reports stated that the Chiefs and Dolphins would table their talks until after they've both picked. We just didn't know that would be just 30 minutes into draft night.

See our complete coverage of the Chiefs in the NFL Draft here.