The newest Kansas City Chiefs, Eric Fisher, spoke to ESPN shortly after the Chiefs made it official and selected him No. 1 overall.

Eric Fisher was the No. 1 overall pick in Thursday's 2013 NFL Draft but that was no thanks to his cell phone. Fisher was staring at his phone as the Chiefs were on the clock, taking their sweet time to make the pick.

Fisher kept starting at his phone and then ... a ring!

"It was kind of scary," Fisher told ESPN after the draft, "because they called and my phone went off or something and they called again. Thank God that call went through." 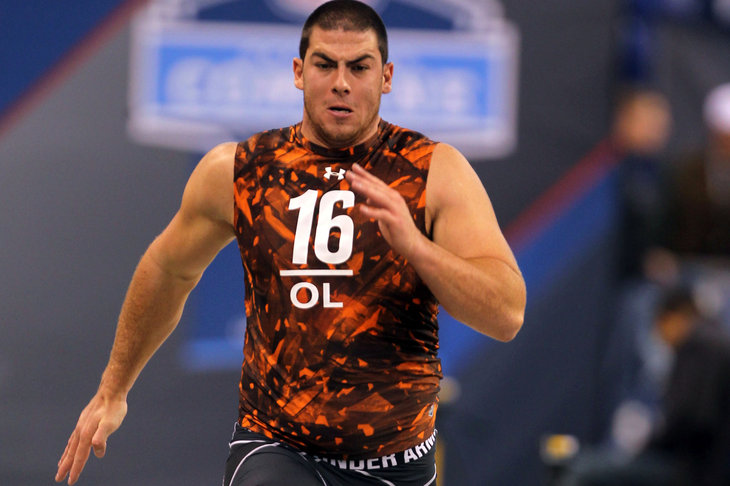 Read on for scouting reports, news, notes and lots of links on Eric Fisher, the newest Chief.

"I can't even process what's happening right now," Fisher told ESPN. "This is a dream come true. The fact I was the No. 1 pick ... I can't understand what's going on right now. What an honor, what an honor and a great opporrtunity. I'm pumped to be a Chief."

Chiefs fans are pumped to have him. Well, most of them.

Fisher said he spoke to the coaches, GM John Dorsey and owner Clark Hunt when the Chiefs called.