NFL Draft 2013 time, TV schedule, and all the nuts and bolts

I mentioned the 2013 NFL Draft schedule in our KC Chiefs draft history post but I wanted to move this front and center for a while since everyone will be wondering the time and TV schedule at some point.

Share All sharing options for: NFL Draft 2013 time, TV schedule, and all the nuts and bolts

The 2013 NFL Draft will start on Thursday, April 25 at 7 p.m. (Arrowhead Time, also Central time). Unless you're reading this a day or two from now, that's tonight. Yes, the NFL Draft starts tonight. I have grown to enjoy the Thursday night first round primetime TV schedule. It's not ideal for those working the draft (like me) but for fans it's really neat.

The first round will start tonight. The second and third rounds will be on Friday. The rest of it on Saturday. NFL Network and ESPN/ESPN2 will be televising the draft. The Chiefs brass will also be speaking on each day of the draft, and I've included those scheduled times below. Read on for more details. 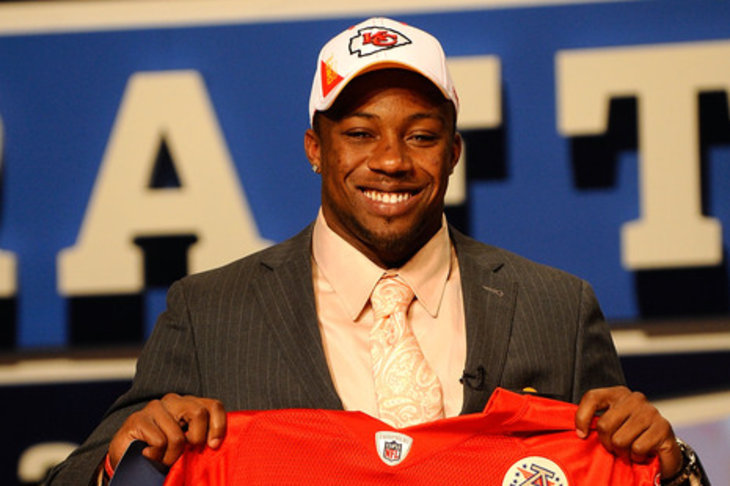 How many first round linebackers have the Chiefs picked since 1960? How many players have they selected from Notre Dame? For this and more draft nuggets, check out out history of the Chiefs in the draft.

All the players picked will also have a conference call with the local media, which means we'll hear from the No. 1 pick on Thursday night, along with the rest of the picks throughout the weekend.

You can expect full coverage from us this weekend, from the local media conference calls to the Chiefs brass speaking to giving you all the notable trades and what not, we'll have you covered.

200+ stories we've written on the Chiefs in the NFL Draft

The Arrowhead Pride mock draft (1 round)