Everybody loves a NFL mock draft. I think these are all needs for the Kansas City Chiefs with great value in the 2013 NFL Draft.

1st Round: OT- Eric Fisher, Central Michigan
He is a well-balanced tackle. Fisher has a mean streak in him that you can't coach. He has some technique work to correct in his pass protection but he has the strength and bend to compete in the NFL immediately. I have fewer concerns with him than the other two tackles.

3rd Round: TE- Travis Kelce, Cincinnati
Kelce is a mismatch for most defenses. Cincy used him as an motioning H-Back, they used him at tight end, the split him out at receiver. Kelce has serious wheels; he is a big body that can break tackles. And just like Fisher, he has the mean streak when he blocks and I love it. 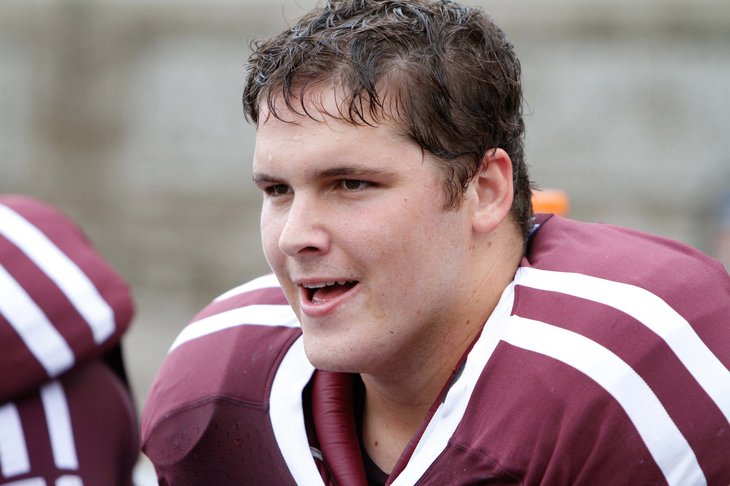 3rd Round: C- Barrett Jones, Alabama
Jones is a very smart center. He has to play all three positions in college. He set the protections at Alabama. He understands the angles of his blocks. He is tough and has played through injuries before. Jones has a bright future in the NFL.

4th Round: OLB- Trevardo Williams, UCONN
Williams is one of those developmental pass rushers. He knows how to rush the quarterback very effectively. Once he hits the corner, there is no stopping his closing speed. He showed very good strength at the Combine and he puts the team above himself. He would become a very good threat in this defense.

5th Round: RB- Kenjon Barner, Oregon
He displayed it very well in the USC game. He is a shifty runner that has really good body control. He glides when he runs. Barner can redirect himself with the little effort and his vision is awesome.

6th Round: WR- Zach Rogers, Tennessee
Not sure Rogers will be here at this point, but I sure hope he is. He is a crafty route runner. He knows got to get separation off the line. He does a great job of selling routes; he has smooth cuts with good explosion. I see some Jordy Nelson in him.

6th Round: ILB- Jake Knott, Iowa State
Knott is a smart football player. He can chase down ball carries. Knott is an aggressive player who is a solid tackler.

7th Round: QB- Jordan Rodgers, Vanderbilt
He is a smart developmental quarterback at this point in the draft. Rodgers fits the West Coast system with his accuracy and athletic ability in the pocket. He is a competitive player and with the right coaching has serious potential to unlock.

Trading partners for the Chiefs