As the winner of the Super Bowl (and subsequent owner of the most irrelevant pick in the AP mock draft) I must take this time to gloat...

Alright, back at it. Right now, it's looking like te Ravens really could have a spot for me on their staff. After winning the Super Bowl, they decided to take their entire team and blow it up while giving their QB a ton of cash. I can't say I'm a huge fan of this strategy, but what do I know? It's not like I nailed last year's pick. I digress.

Anyways, this team is looking like a mess, and for the first time in the history of me following football, it looks as though the defense will be the Ravens liability. Thankfully I am here to mitigate the situation...

With that being said, the Baltimore Ravens select... 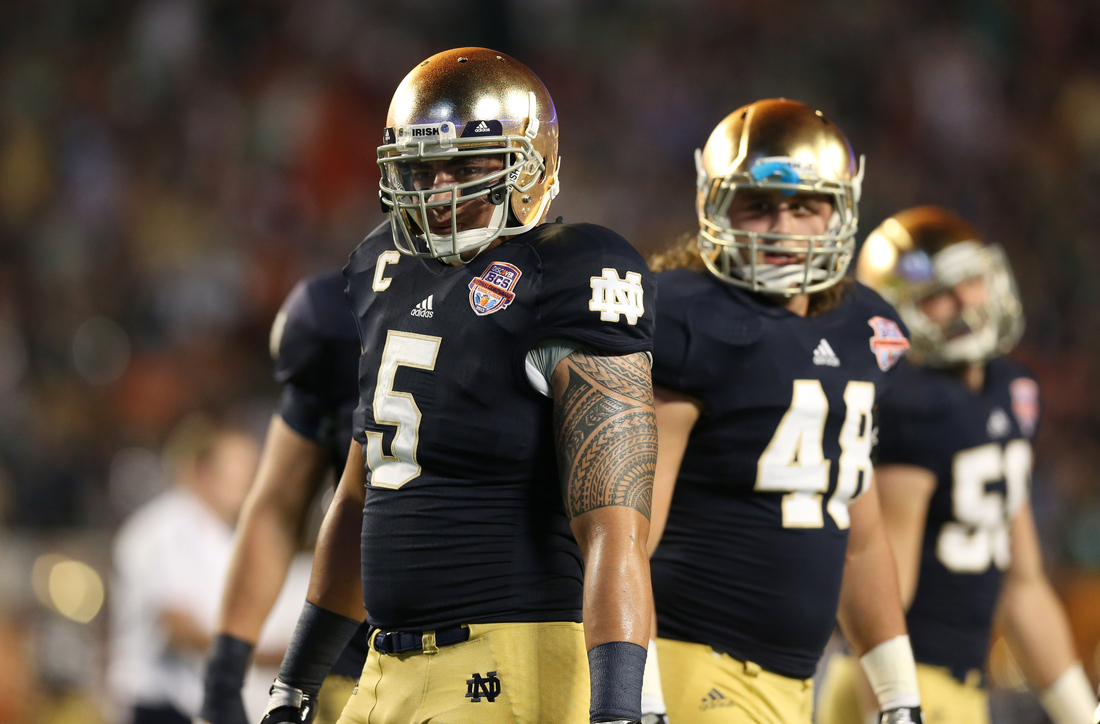 Ok, so the guys weird, I get that. Personally, and this is just my opinion, but I refuse to believe that this guy is stupid enough to date a girl on the Internet, and then to mourn her death on national television. "Baby please, just one breast? This is what Skype was made for baby, please!" Please don't try to convince me that this guy can memorize the entire ND play book (to the point of being a captain, no less) , attend class, turn down countless women looking to strike it rich, but doesn't pick up on the fact that he's dating a fake girl. I just refuse to believe it.

That being said, I think this would be an absolute beauty of a pick for the Ravens who are in dire need of a linebacker. With the recent arrest of colossal idiot Rolando McClain, the Ravens are even more desperate for someone to at least attempt to fill the shoes of Ray Lewis. Who better than a guy who got his entire school pumped up on the idea that his fake girlfriend died? That's the ultimate Ray move. Despite the usual pre-draft nitpick, I believe Te'o has the smarts(!) and work ethic to contribute to the Ravens, regardless of the kind of person he is. I mean the Ravens signed McClain, didn't they? At least Te'o still endorses the team mentality.

Hopefully this pick will suffice as the last pick of the draft for AP. Ah who am I kidding, I just miss Jarome Iginla.