The 2013 Arrowhead Pride NFL mock draft continues. AP user How to: Sabotage is representing the San Francisco 49ers with the No. 31 overall pick...

In 2012 the San Francisco 49ers took another big step forward and were able to reach the Super Bowl after just missing it the previous year. After two very good years under Harbaugh, these 49ers are making it known league wide that they are one of the best teams in the NFL and will be for years. This team has had a top 5 defense the past two years and while the offense wasn't quite gangbusters until this year, this is an explosive team on both sides of the ball.

So far this offseason the 49ers have acquired some notable names such as Anquan Boldin, Colt McCoy and Nnamdi Asomugha. There have been some losses on both sides of the ball as well. Isaac Sopoaga, Ricky Jean-Francois, Alex Smith, Delanie Walker, and Dashon Goldson have all been signed elsewhere while Randy Moss is still chillin on the free agent market. The 49ers should go into this draft looking for more depth and possible starter capability on the defensive line and in the secondary at the safety position. More depth can also be added to tight end behind Vernon Davis and along the interior offensive line. They should be able to find a few good players as the 49ers have 13 picks in this years draft including two in the top 34 (I'm sure we're all too familiar with that).

So join me as we get to listen in on a conversation between GM Trent Baalke and Head Coach Jim Harbaugh, as well as some breakdown and analysis of the selection. 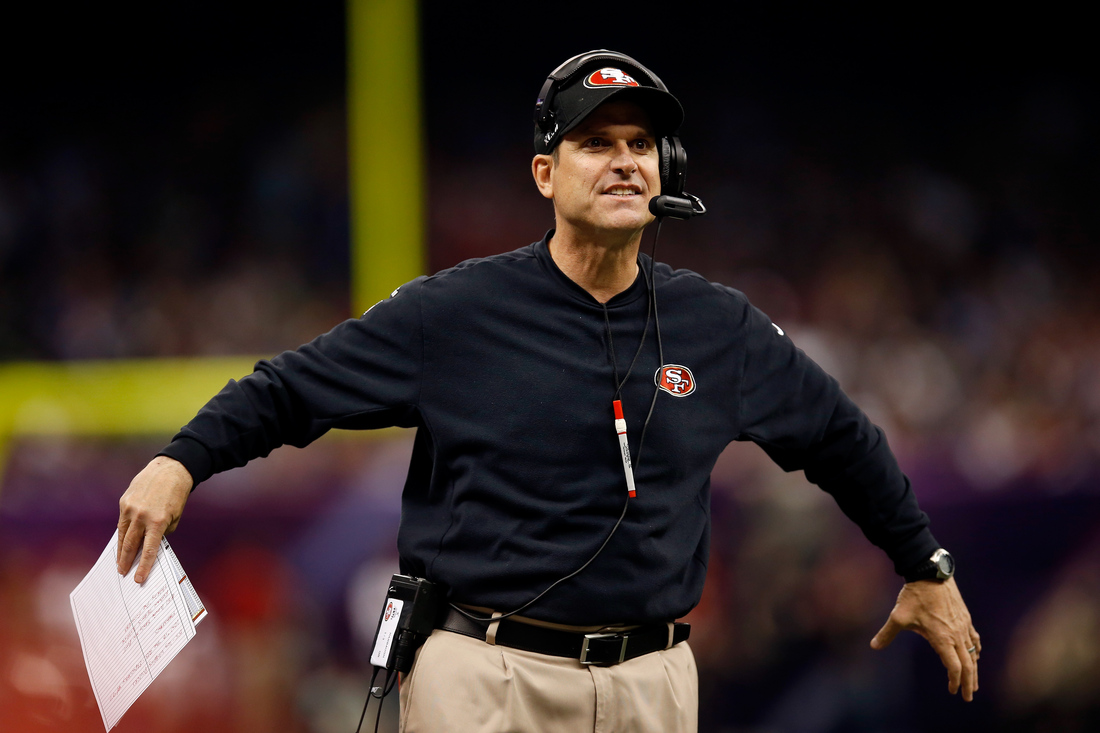 Trent: Well Jim, the draft is coming up here pretty soon and I've been meaning to ask you.. What type of players are you looking to add to this squad?

Trent: Ok let's just get this over with. Do you remember any players at the combine that you liked?

Jim: I have a memory like an elephant.. I never forget.

Trent: Right, well what did you think about Jonathan Cyprien?

Jim: I defy anyone to tell me there's something he lacks.

Trent: Well there's some questions about his straight line speed and he could work on his angles but you're right, he is a very good player.

Jim: We're not about fueling the hype.

Trent: You were the one claiming he isn't lacking in any area.

Jim: Guilty as charged for fueling the hype.. well deserved.

Trent: You feeling alright Jim? You seem to be a little under the weather. Why don't you take a vacation and I'll handle this draft.

Trent: So I've heard. I got a call from Jesse Williams' agent and he seemed to be a little unhappy with you. Care to explain?

Jim: I shook his hand too hard. I mean I really went in and it was strong and kind of a slap-grab-handshake... So, that was on me.

Trent: Ok Jim well I really like this kid Datone Jones from UCLA. If he's available with our 31st pick I'm going to pull the trigger. Now I need you to keep this confidential. What will you tell people if they start asking around?

Jim: It's phony, even the perception that we were pursuing him... We were evaluating him.

Trent: Ok great. Well I'll see you around Jim. Any last questions for me?

With the 31st pick in the Arrowhead Pride 2013 Mock Draft, the San Francisco 49ers select... 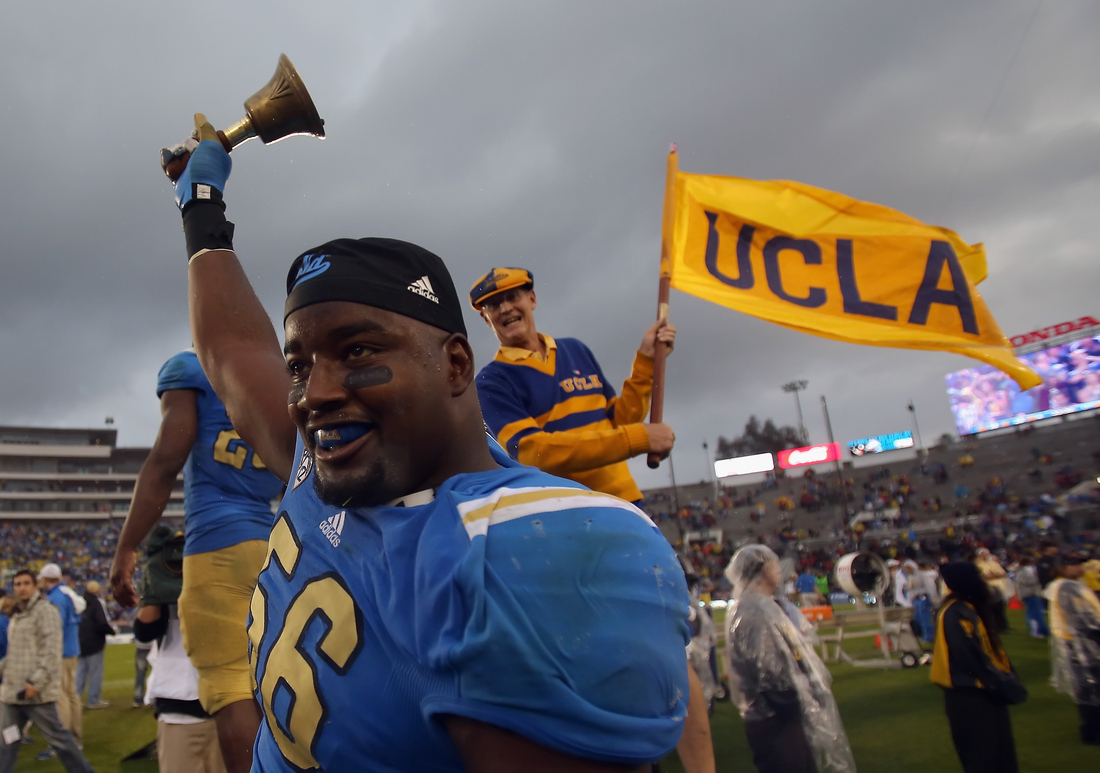 6'4", 283 lbs-- While Datone Jones continues to fill out his frame, let's take a look at his current strengths and why he is a good fit for this stout 49ers defense. The 49ers need some depth along the defensive line as well as an eventual replacement for the "Cowboy" Justin Smith. Datone almost already has perfect size for the 5-technique defensive end in the 49ers defense. He has aggressive, violent hands and is a high-motor guy. He can be lined up all over the defensive line and can be initially used on passing downs and rotated in-and-out to give guys rest.

- I polled the fine people over at Niners Nation and this was the player that got the highest percentage of votes so it was good to see he was still on the board.

- If you're not as familiar with Jim Harbaugh, let me educate you. Every response in the imaginary conversation above was something that Jim has actually said over the last two years. Seriously.